Microsoft nominated Jamie Ramsay as Lumia Person of Action for his remarkable goal of traversing 178,000km in just over 600 days. To aid his journey of crossing 14 countries and two continents, Microsoft outfitted Ramsay with a Lumia 950 XL, Display Dock, and Microsoft Band 2.

Ramsay previously held Lumia 930 on his running adventure, so he was more than willing to try out the Lumia 950 XL. Ramsay previously worked in London for 12 years for an international communications company before giving it all up to combine his two favorite things: running and travel. While pursuing his dream, Ramsay wanted to achieve more with his running adventure, so he had to figure out how he realize his dream while still helping others.

Continuing the "Do Great Things" Microsoft campaign, Ramsay has almost finished on his transcontinental marathon to run 17,000 km (approximately 10,563 miles) to benefit charity. Ramsay's narrowed his choices of charities down to the three closest to his heart; CALM (Campaign Against Living Miserably), WaterAid, and Macmillan Cancer Support. Ramsay started his trek in Vancouver, British Columbia and after going through 17 pairs of shoes is close to his final destination, Buenos Aires, Argentina.

Microsoft made sure Ramsay wasn't alone on his transcontinental journey. While Ramsay decided to trek alone,  the Lumia 950 XL Microsoft provided, allowed him to connect with family and friends through video calls on Skype regardless of the country he was in. With the 20 MP PureView Camera on the back, the Lumia 950 XL also enabled Ramsay to share his incredible journey with others in vivid detail.

"Running and traveling have always been passions and last year I decided to combine the two and embark on an 18,000km solo running expedition to raise money for three great British charities. As an adventurer the holy-grail is to have the most functionality available from one device, as it cuts down on space, wires, chargers and reduces the risk of things going wrong.”

Without the need to carry around a laptop to chronicle his transcontinental trek, Ramsay could use the Display Dock with his Lumia 950 XL to use Continuum to update everyone on his progress, write blog posts, and share his pictures through his personal blog, or through Facebook, Twitter, and Instagram. In an interview with Microsoft, Ramsay listed his favorite Windows 10 Mobile apps that have helped him get through the day on his epic run: 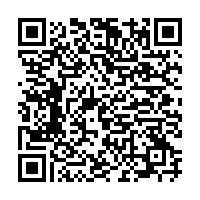 You can track Ramsay's progress and hear more about his Windows 10 Mobile experience with Lumia 950 XL, Display Dock, and Microsoft Band 2 through his personal blog.