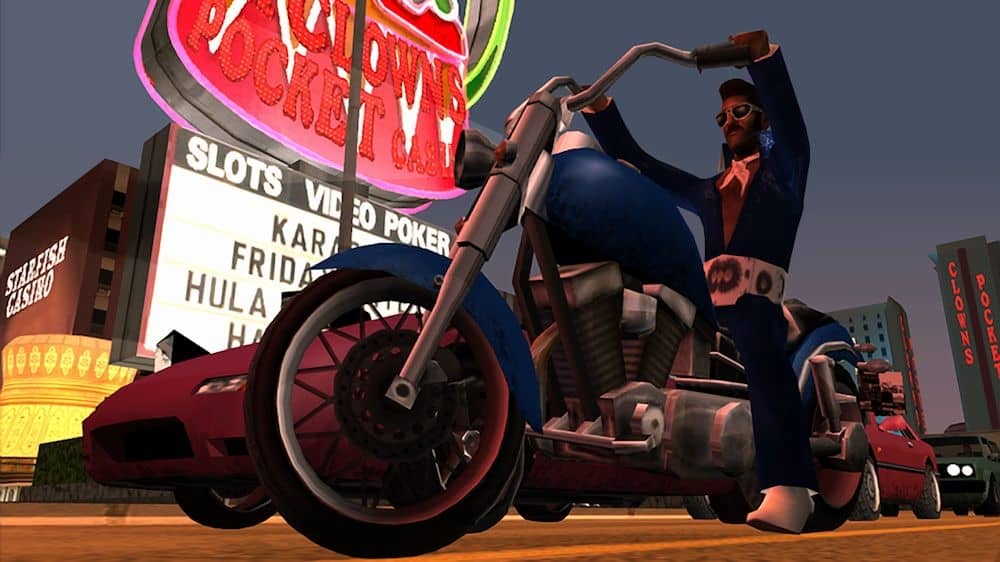 If it’s usually up to Xbox’s Major Nelson to announce new additions to the Xbox One Backward Compatibility list, Rockstar Games made an exception today to announce some exciting news. Next week on June 7, Grand Theft Auto: San Andreas, Midnight Club: Los Angeles and Rockstar Games presents Table Tennis will become playable on Xbox One, whether you own a digital copy or still have the Xbox 360 game discs.

Be aware that both the original Xbox version and the Xbox 360 version of GTA: San Andreas will become backward compatible next week, which is really nice. “Save games from the original Xbox version will not transfer, however owners of that version will get the upgraded Xbox 360 version of the game, featuring higher resolution, enhanced draw distances, and Achievements,” explained Rockstar. It’s worth noting though that the Xbox 360 version is actually a port of the mobile game released on iOS and Android a couple of years ago, so it’s not exactly a true remaster of the original game.

The two other games may not be as well-known as GTA: San Andreas, but Midnight Club LA is classic open world racing game, while Rockstar Games presents Table Tennis received praise for its technical and challenging gameplay. It's a really nice surprise for Xbox One owners, but we hope to see Rockstar Games add the Max Payne series and other old classics to the Backward Compatibility list in the future.