Google’s vice president of design and the man behind the company’s Material Design philosophy, Matias Duarte, has been making waves this morning with several tweets he sent out criticising Microsoft’s Windows 10 operating system after he experienced it for the first time on his new Surface Pro 4. He refers to the operating system as resembling something like the old Windows XP OS instead of an evolution in design and jokes, “Windows 10? More like Windows 10 years ago!”

I just setup a Surface 4 & Windows 10 – not sure why I was excited to try a new thing, it's basically XP with a flat design skin. #FutureNot

It would be all too easy to jump on the defensive, especially being a Microsoft news website, but the thing is, Matias Duarte isn’t entirely wrong when you really think about it. While there have been some significant evolutions under the hood in Windows 10, from a design perspective (which is what Duarte is criticising) Windows 10 is an attempt to win over consumers who were scared away from Windows 8’s radical and forward-thinking tile interface.

Man, I struck a nerve! Overly clever tweetbait aside, I've always liked Microsoft was attempting to do with Windows 8 – change the paradigm.

With Windows 8’s new look and the removal of the Start Menu, Microsoft tried to push their operating system forward but the problem was that people didn’t like change and the stigma surrounding Windows 8 got so bad that many users refused to even upgrade and chose to stay on Windows 7 without even trying the new look for themselves.

To entice all of these users to switch over to Windows 10, Microsoft had to slow down and redesign Windows to visually resemble older operating systems despite all of the technical improvements and innovations. The tiles’ importance was reduced significantly and the Start Menu was brought back and even became one of the main selling points in the marketing leading up to the launch of Windows 10.

Google's vice president of design and the man behind the company's Material Design philosophy, Matias Duarte, has been making waves this morning with several tweets he sent out criticising Microsoft’s Windows 10 operating system after he experienced it for the first time on his new Surface Pro 4. He

Does Windows 10, visually, look like a step back from Windows 8 instead of a step forward? Perhaps, depending on who you ask, and that was very much a deliberate design choice by Microsoft. Is this a bad thing? However, when trying to convince numerous friends, family members, and even Twitter followers to upgrade to Windows 10 after finding out they hadn’t due to the amount of bad press surrounding Windows 8, I find myself actually echoing Matias Duarte quite a bit, though with a much more positive tone; “You should upgrade to Windows 10. It’s just like XP and Windows 7”, “No, don’t worry about the tiles, they brought the Start Menu back. It’s just like the old Windows you’re used to”, “It’s a really good upgrade that has heaps of new features but pretty much functions like the old system used to.” 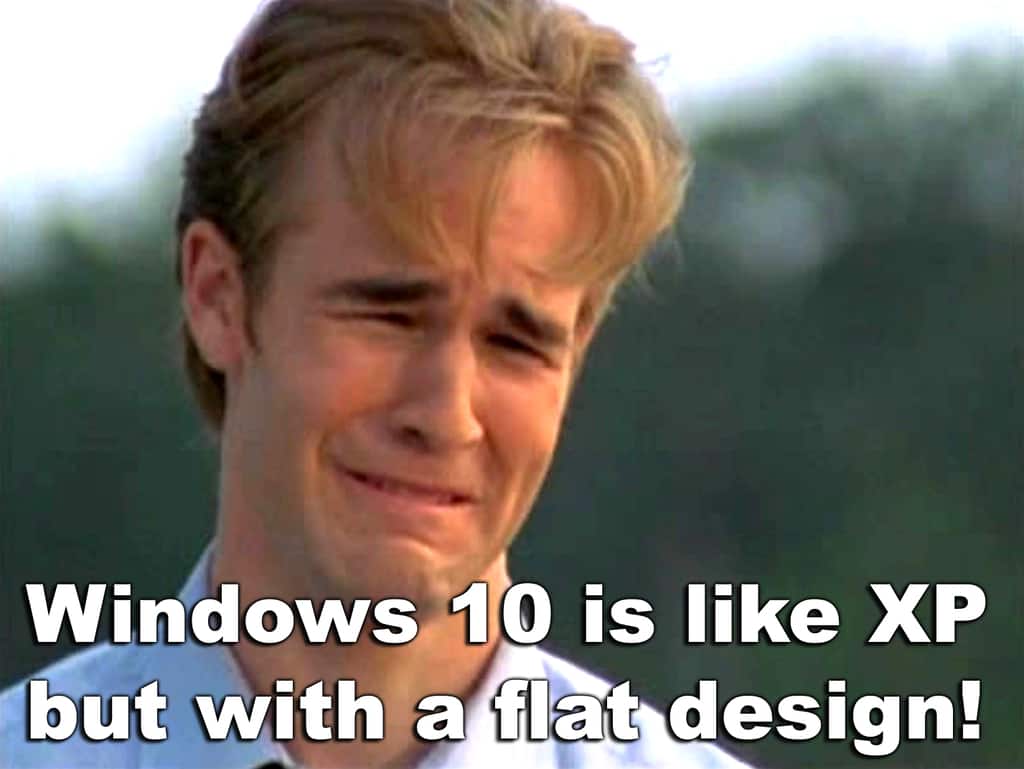 It’s likely Microsoft wouldn’t have been able to get the number of Windows 10 upgrades it achieved if they didn’t pull back their design in the way they did but there are those who would also like to see the company push the operating system’s visual design as far as they can without worrying about those users resistant to change. Of course, at the end of the day, a company must listen to their customers and give them what they want, even if what they want differs from the company vision.

Technically, Windows 10 is a big leap forward compared to Windows 8 and is an operating system everyone should be upgrading to if they haven’t already, even if just for the added security. Where do you stand on its design though? Do you think Microsoft should have pushed it further with Windows 10 or do you see its look as a good compromise between the old and new? Was Matias Duarte out of line? Sign off in the comments below!