Until recently, the only way to get a Google Maps app on Windows was to use the unofficial app, called GMaps. However, this changes now with a new app called Maps App Discovery.

Despite the cheesy name, the app is actually pretty polished. It has most of the features you would want from a Maps app, and it pulls the data directly from Google Maps, using APIs provided by Google themselves. It features Google’s Material Design, which makes the app look a little strange in Windows 10.

The app works as you would expect. You put in your destination and it shows you the shortest way. Nothing strange about it.  The app supports PC, Windows 10 Mobile and the Surface Hub. By making this app available on the Surface Hub, the developer, Rajat Singh, opened up a bunch of new possibilities for enterprise and business users for planning events and meetings.

Some of the features include:

This seems like a good replacement for the retired HERE Maps and a good competitor to Microsoft’s own Windows Maps.

Head over to the Windows Store to try out the new app yourself. 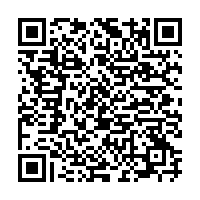