The financial services from PayPal are shopping for a cloud service provider that will meet their expectations. However, according to unnamed sources from the news site CNBC, Paypal isn’t even glancing in the direction of Microsoft at this point in time.

The war between cloud service providers has been a quick paced race. Amazon still continues to lead in the forefront with Microsoft and Google quickly surging forward in their trail. Both cloud providers have gone head to head in reports with over 100% growth in each over the last year. 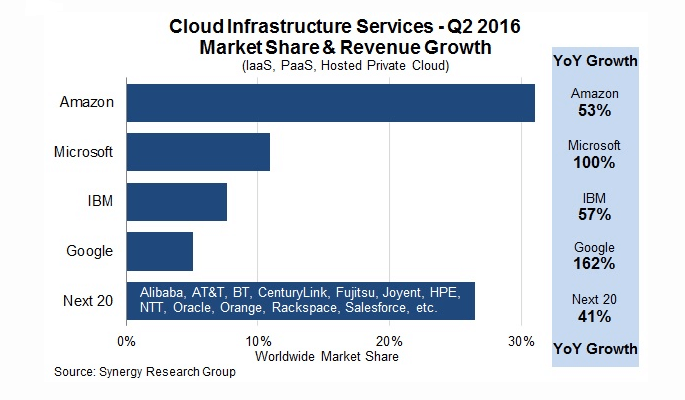 Even though the Microsoft Azure has been the prime choice for the United States Government, PayPal seems to be swaying in the direction of Google cloud. Of course, they will be evaluating the other leading cloud providers. “PayPal is unlikely to move its technology infrastructure in the fourth quarter, the peak period for online commerce,” said the CNBC anonymous source.

It’s possible that PayPal is reflecting on Cyber Monday 2015 where its infrastructure experienced hiccups due to heavy traffic. With the holidays approaching quickly, they could be looking to build up their infrastructure for the temporary load. However, “PayPal is unlikely to move its technology infrastructure in the fourth quarter, the peak period for online commerce,” said the CNBC anonymous source.

CNBC’s sources believe that PayPal will begin testing before making any rash decisions. “In moving infrastructure to the cloud, big companies often start with test and development workloads before touching critical customer information, and that’s likely where PayPal will begin,” the statement said. But Paypal already has experience with Amazon Web Services through Braintree and Venmo. This could mean that Amazon isn’t meeting PayPal’s needs and that’s why they are shopping around.

No representatives from PayPal or any of the top three competing cloud providers gave a statement to the news site. Even if they confirmed or denied, it’s certain that Amazon Web Services, Google cloud, and Microsoft Azure will be rushing to court the growing financial services.