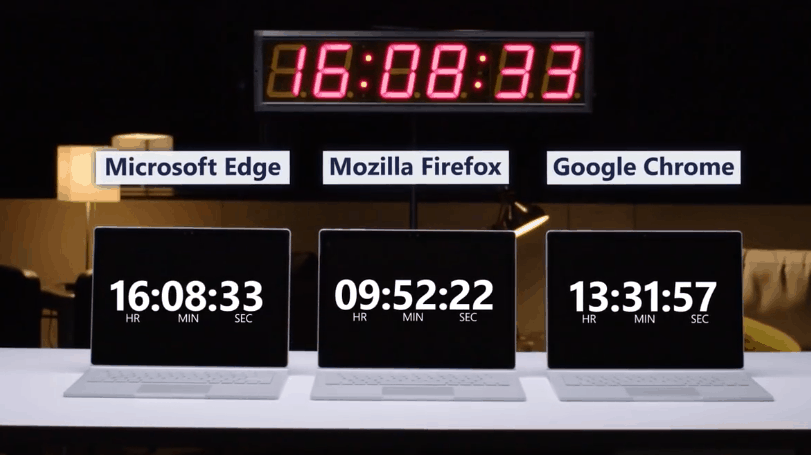 One of the advantages of using the old Microsoft Edge is battery life. However, with the switch to Google's open-source Chromium engine --- which is the same that powers Google Chrome --- that proved to not  necessarily be true anymore. Google, though, appears to be making moves to improve the battery life of devices that run Google Chrome, and Microsoft Edge will benefit too.

Update: Since this story was published, we discovered that the Google feature is also active in the Edge Canary channel. We updated this article to reflect that.

According to a report from The Windows Club, Google is experimenting with limiting JavaScript timer wake-ups to 1 wake per minute starting with version 86 of Chrome. Though the setting option is currently hidden behind a flag, the feature is similar to what's found in other browsers like Safari and will apply to Chrome on all the major platforms, except iOS.

Apparently, this is a feature Google is considering because the company finds that the Chrome web browser doesn't really benefit from prolonged use of Javascript timers once a webpage is already up and running. The company experimented with it by opening up 36 random tabs, with a blank foreground tab open. It resulted in an extended battery life of almost 28%, or almost 2 hours. In another situation, Google also experimenting by having a YouTube video open in full-screen mode, in addition to the 36 other tabs. With Javascript timer throttled to 1-minute, the battery life was improved by around 13%.

Since Chrome and the new Edge share the same codebase, the feature is also available in Microsoft's web browser. Spotted by Windows Blog Italia, users can access the feature today in the Canary channel with the #intensive-wake-up-throttling flag in edge:/flags.