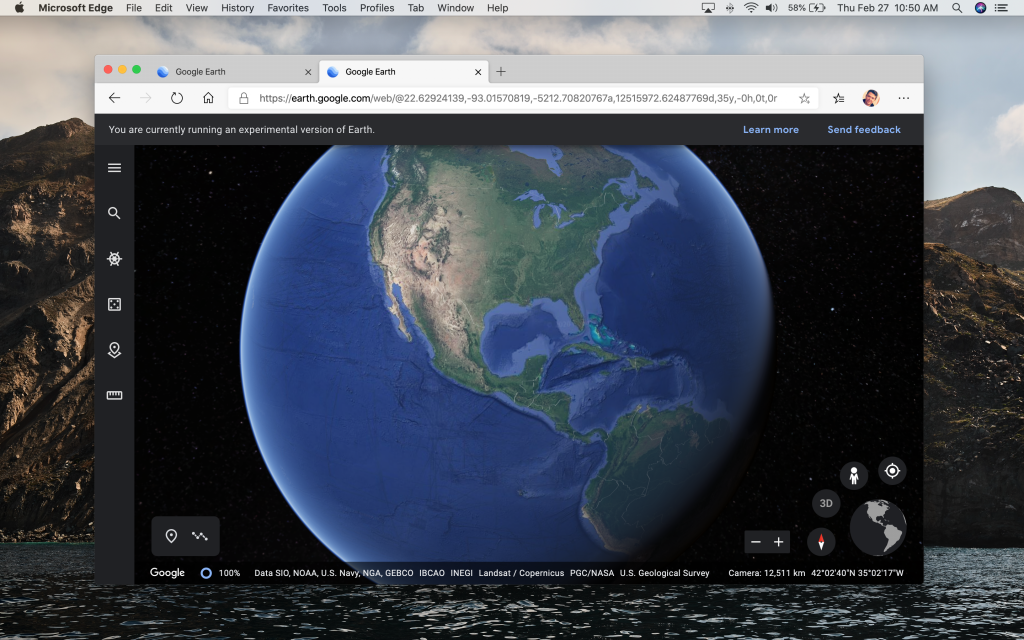 Google has revealed that Google Earth—its 3D world-viewing application that has been previously exclusively available on Chrome—is now officially available for the new Microsoft Edge, Mozilla Firefox, and Opera. This is made possible thanks to WebAssembly, an open web standard from the World Wide Web Consortium that allows native code such as C++ to be run inside a web browser.

Previously, the application was available on Chrome though the use of the now deprecated Native Client. As explained in Google Earth’s Medium post, the app was largely written in C++ to give it performance gains and to allow the company to reuse code on iOS and Android.

While Google Earth is now available on these new browsers, the company says it’s still polishing the user experience. Additionally, Google also says it’s also working on officially supporting users of Apple Safari on macOS soon, although they can still use the beta version if they don’t mind bugs.

Access to Google Earth is one of the benefits of the Chromium engine coming to Microsoft Edge. Microsoft made the switch in January, bringing it to Windows 7, 8.1, and 10 as well as macOS.

You can check out Google Earth on Edge (or any modern browser) at https://earth.google.com/web/

How are you enjoying the experience on your preferred web browser? Share your thoughts below.

How to use OneNote 2016 with Outlook for your productivity advantage