Google attempts to reenter the cloud gaming market with Chromebook hardware - OnMSFT.com Skip to content
We're hedging our bets! You can now follow OnMSFT.com on Mastadon or Tumblr! 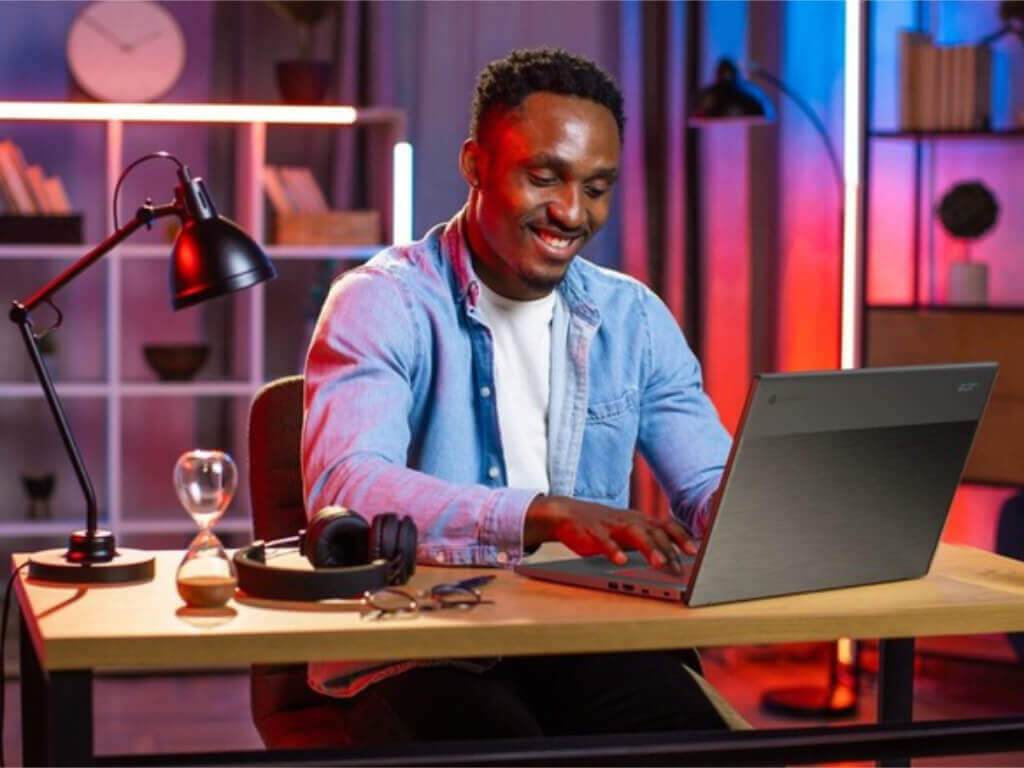 The Google cloud gaming story has been a whirlwind of headlines lately and a few of the company's OEM partners are adding to the news circus by announcing a new line of gaming-first Chromebooks.

With ChromeOS widely known as a browser and cloud-based OS, these new gaming-focus Chromebooks may initially feel out of place for traditional gamers, but the concepts are pretty sound considering where many are predicting the next gaming frontier could be, which is in the cloud.

Yes, the new Chromebooks lack discrete GPUs but they do offer beefier 12th Gen Intel Core i5-1235U chips paired with 16:10 displays pushing 120Hz+ refresh rates and promising up to 11hrs of battery life for many.

The kicker to these ChromeOS powered-devices is not only the prices but the intended use-cases. At $649.99 for Acer's Chromebook 516GE, Lenovo's IdeaPad Gaming Chromebook at $599 and Asus' Chromebook Vibe CX55 aiming somewhere in the mid-budget price range, these devices may fare better than expected, especially when considered they are designed to tap into Nvidia's GeForce Now cloud platform that can output RTX 3080 level graphics from a remote server.

As part of the pitch for the existence of these new 'gaming' Chromebooks, Google and its partners are leaning on cloud gaming platforms such as Amazon Luna, Microsoft's xCloud and Nvidia's GeForce Now to provide the subsequent graphical power, ray tracing and latency compression technology to replicate dedicated and more expensive gaming experiences on other systems.

The other selling point of these new Chromebooks is the introduction of simple gaming aesthetics that have been missing from the Chromebook lineup. Previously, there have been two categories where Chromebooks typically fell into between higher end business laptops or bottom bin replacement tool territory.

In addition, Google has worked with Lenovo, Acer, Corsair, HyperX and SteelSeries to create accessories and peripherals to work with various Chromebooks that include game controllers, mice, keyboards, headsets and mics as well as building in custom experiences into ChromeOS with gaming in mind.

However, Google may be out above its skies once again with its gamble on cloud gaming, as the reality of most cloud gaming experiences are add-ons to local gaming due to most internet infrastructures around the world.

Ironically, Google may have fallen victim to the realities of a cloud-first gaming approach already as it announced the shuttering of its own Stadia platform last week.

The laptops introduced today lack dedicated ethernet ports and will be subject to whatever broadband infrastructure is being provided in any given gamers region, which could sour gamers looking to make xCloud, Nvidia GeForce or Amazon Luna their dedicated experiences.

Furthermore, where gamers may save on laptops sporting relatively inexpensive fast refresh rate panels, they will make up with subscription cost to each of the various cloud gaming platforms. In theory, the Venn diagram of gamers and potential Chromebook gaming customers may already overlap.