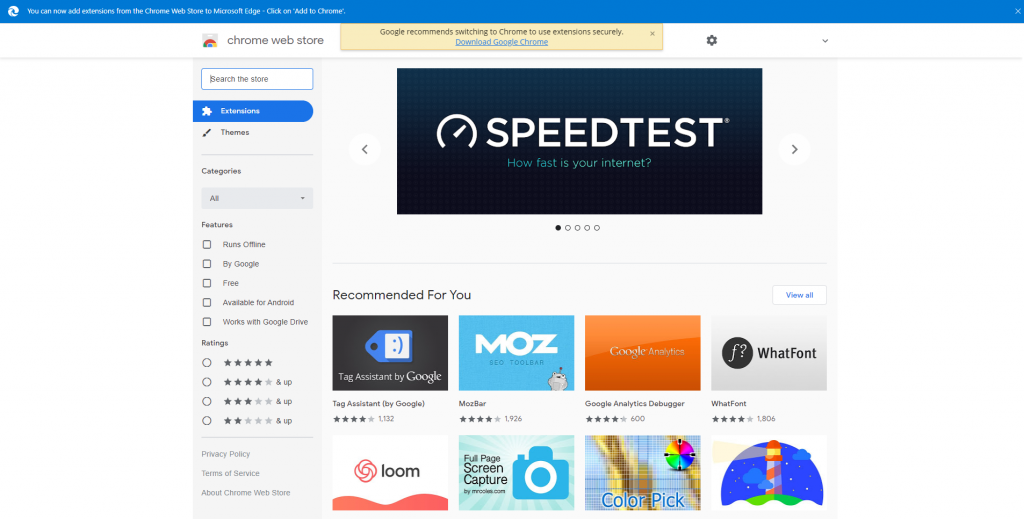 A little over half a month ago, users of Microsoft’s new Chromium-based Edge browser noticed that Google would issue a pop-up “warning” under the favorites bar about installing extensions to the browser from the Chrome Web Apps store. This caused quite the stir on the web, and especially in the Microsoft community. Perhaps in the face of such criticism, it looks as though Google has backtracked a bit as the banner has now been replaced (via Techdows.)

As a reminder, Google’s original “warning” message said that switching to Chrome is the best way to use extensions securely. This was proven as somewhat misleading, though. It was later explained a bit more in-depth by Eric Lawrence of the Edge development team that Microsoft implemented a protocol in the browser that pings the extension store roughly every 2 to 4 hours while querying for threat updates —  making using extensions with the browser safer.

Now, fast forward to today, and Google’s “warning” message is gone entirely and has been removed in favor of Microsoft’s own message. Visiting the Chrome Web App Store now only shows Microsoft’s note about installing extensions.  It reads, “You can now add extensions from the Chrome Web Store to Microsoft Edge – Click on Add to Chrome.”

Microsoft has made a lot of effort to ensure that Edge is indeed safer than before. There’s even a feature that can protect you from installing unwanted applications.