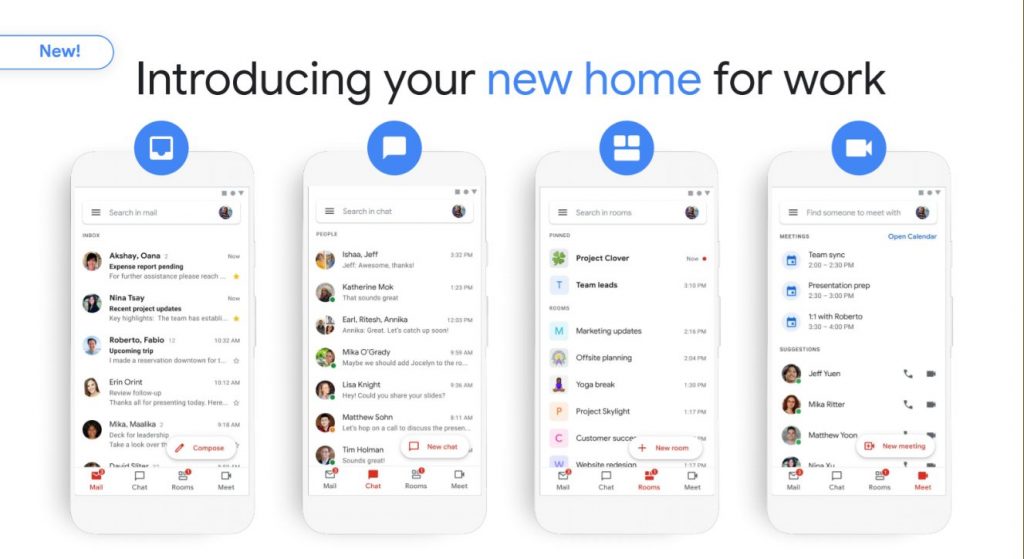 Last year, Google alerted users that there were plans to streamline its communication platforms, to which there were many. Part of Google's plan was to create an online hub where its various communications tools would deliver messages, chats, files, and other collaborative into an inbox of sorts for users.

Now it seems Google is closer to its goal than ever as slides from Google's Cloud Next 20' virtual event have surfaced showcasing a new Gmail redesigned commingling a unified communications platform.

9to5Google recently obtained some screenshots from Twitter user Tahin Rahman that show a four tabbed redesign of Gmail that puts a focus on Mail, Chat, Rooms, and Meet.

Google's plan appears to be bringing in Room and Meet into the Gmail platform to streamline the sharing of files, project details, and communications similar to Microsoft SharePoint or more recently, Teams.

Google is branding this new effort, "Your new home for work - right in Gmail," and while the company plans on discussing the new design further at its virtual event next week, it's presumed that the new features will be rolling out to its business G Suite users first. 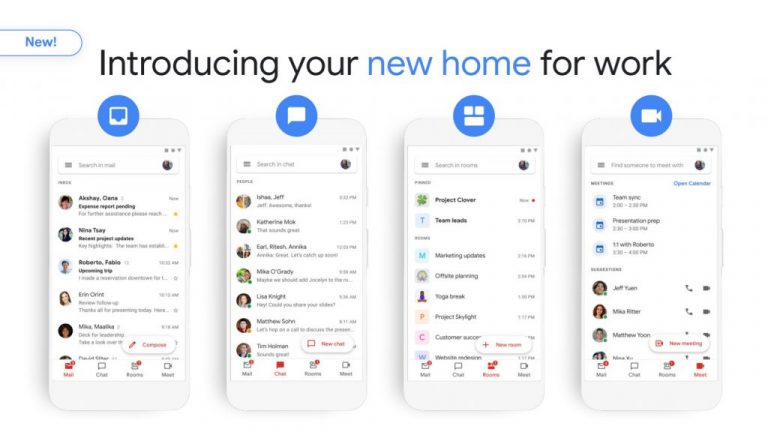 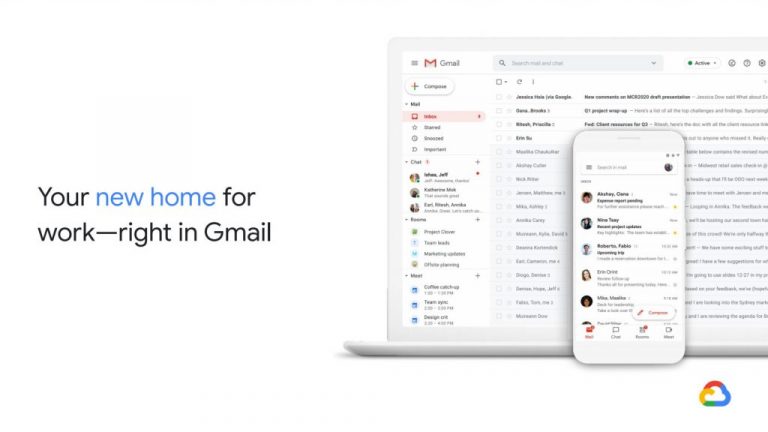 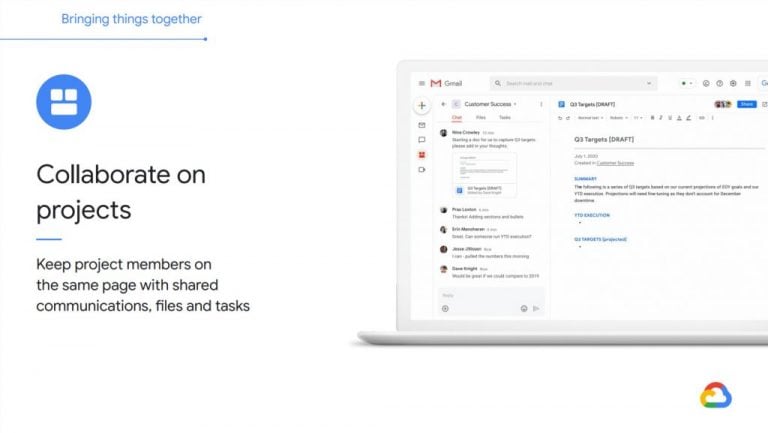 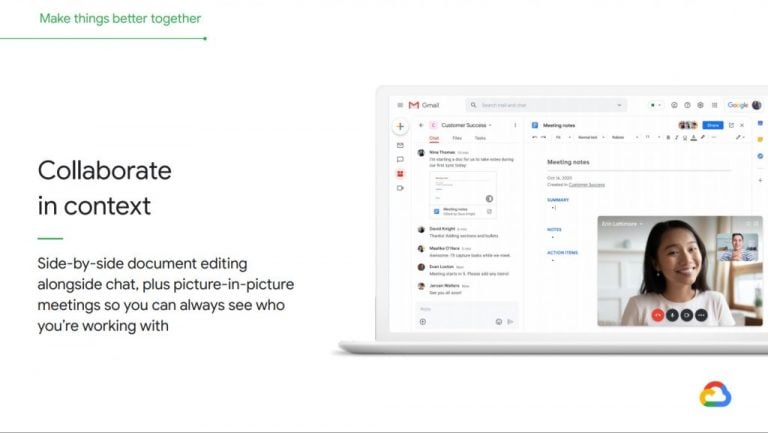 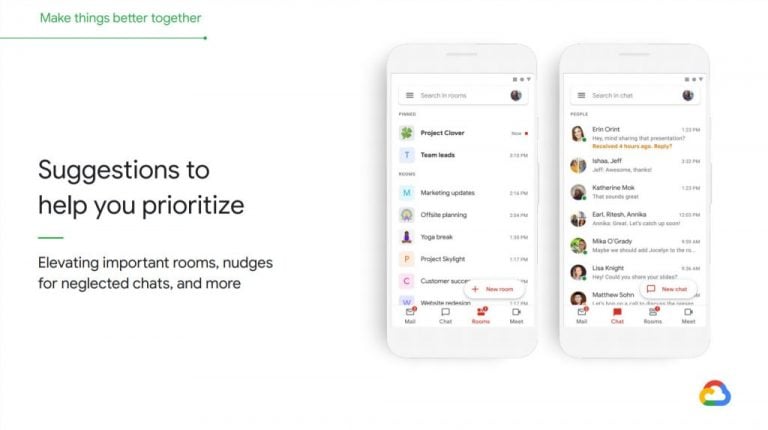 Some of the listed features coming to this new combined interface include side by side document editing, picture-in-picture for Meet calls, view individual and group conversations as well as schedule tasks all from a single app.

Google's effort comes on the heels of Microsoft's Teams and Slack's heated competition over enterprise communication supremacy. The proposed redesign offers Google an end-around into the conversation, sidestepping Slack's current mindshare as well as Microsoft's relative "pricey" point of entry with Office 365.

As journalists Dieter Bohn over at The Verge puts it,

That goal is now much clearer: make G Suite’s communication apps the central point and organizing principle for all those other products. Outlook’s tabs are mail, search / files, and calendar. For Gmail, all the tabs are about communication tools. It’s a move that’s clearly directed at heading off both Microsoft Teams and Slack. Google’s intent is to be at the forefront of a new definition of what a productivity suite is — but those other companies are essentially doing the same thing.

Google's timeline on delivering this new design is unknown, but the company could be ready to discuss it as early as next week during its virtual conference.