A Goat Simulator outfit is coming to Fortnite - OnMSFT.com Skip to content
We're hedging our bets! You can now follow OnMSFT.com on Mastadon or Tumblr! 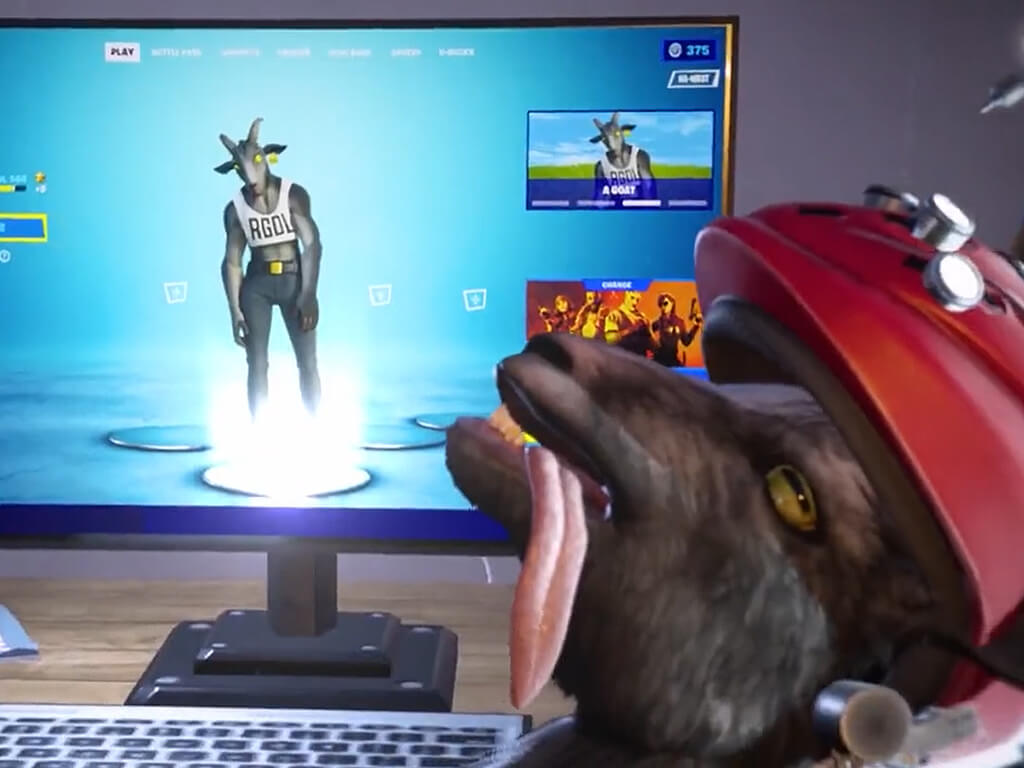 An official Goat Simulator outfit has now been added to the popular Fortnite video game on Xbox consoles, Windows PC, and all other supported platforms.

The outfit, which uses a less realistic and more humanoid version of Goat Simulator’s Pilgor, will be available for everyone to purchase on November 26th this year though players can also pick it up for free by purchasing the upcoming Goat Simulator 3 video game via the Epic Games Store with the same Epic Games account that’s used to play Fortnite.

This free giveaway promotion will run for an entire year with Fortnite players having until 11:59 PM ET September 29th 2023 to buy Goat Simulator 3.

“Now we know Goat Simulator 3’s Pilgor looks different in her ‘A Goat’ Fortnite form, but our signature approach to hyperrealism simply didn’t fit in this bright and colorful game,” Coffee Stain North’s lead artist, Elin Hamberg, said as part of the announcement. “Her arrival in this new world meant giving her a Fortnite twist, and muscles. If the thought of transforming into a questionably named, half goat / half human hybrid rocking a ragdoll print crop top is still your thing – live your best life. We won't judge.”

Fortnite has a pretty solid history now of bringing characters from established video game franchises to the game. Some of the more memorable video game collaborations include Street Fighter, Tomb Raider, Uncharted, and Xbox’s Halo.

In other Fortnite news, players can also now claim free rewards via Discord, Luke Skywalker could be coming to Fortnite next month, and Fortnite’s Battle Royale mode is now five years old.

Leaks and rumors abound prior to Microsoft's upcoming Surface event