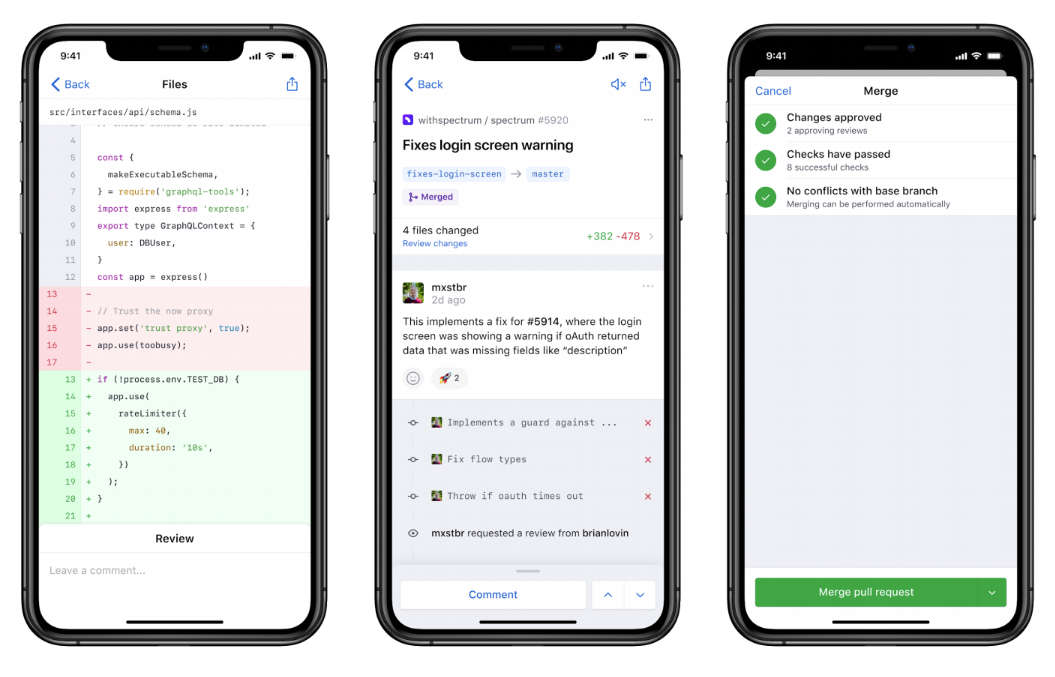 While Microsoft may not have a dog in the hunt when it comes to mobile operating systems, it’s making its mark with a plethora of accessible software and services on both of the major platforms.

Adding to a list Microsoft developed or backed apps is the new GitHub beta app available for iOS and Android in beta.

Review lines of code, chime in on a design discussion, merge changes, and more. GitHub for mobile gives you the flexibility to keep work moving and stay in touch with your team from wherever you are. https://t.co/vQBkyYXm39#GitHubUniverse pic.twitter.com/HsBKOpeKPr

The app is as straightforward as its announcement. GitHub contributors, developers, researchers, instructors and the like can head over to the attached link in the tweet to sign up or join the iOS and Android beta waitlists to try out the app.

According to the description of the app, it should be useful for quick spot checks of code while fostering mobile communications about projects, perhaps, including some sort of notification implementation to identify up to the minute changes or mergers.

Presumably, the app was in development before its acquisition but should now get the full backing of Microsoft’s developer budgets and resources as cross-platform accessibility continues to be a top priority for the company.