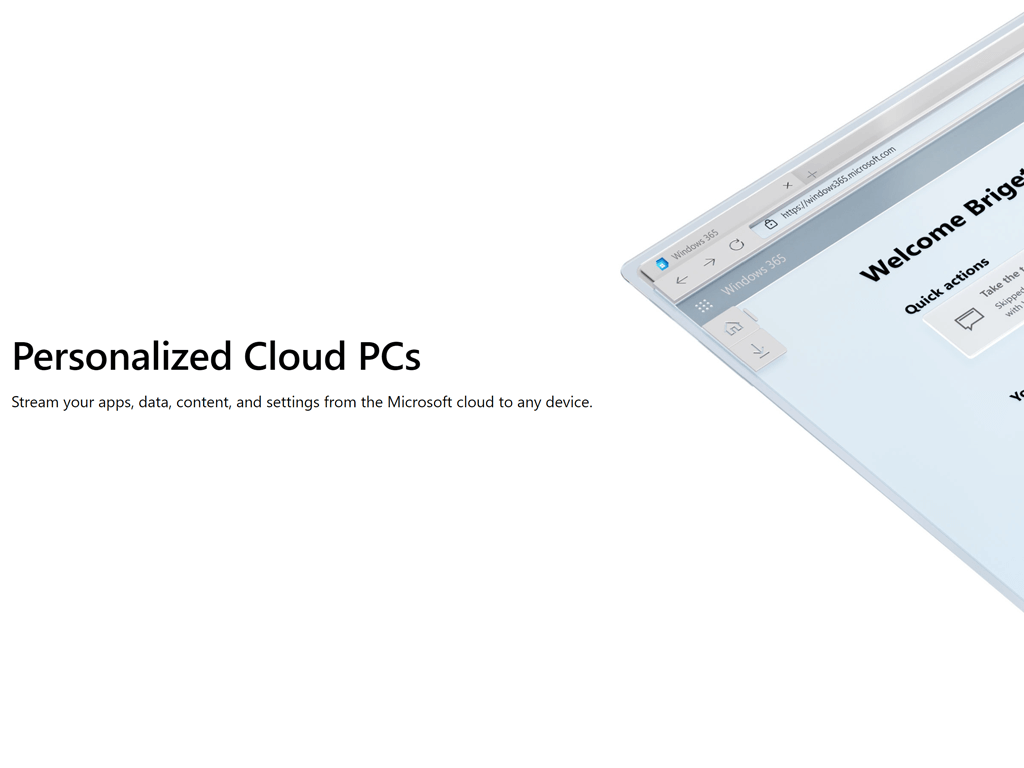 Following significant demand, we have reached capacity for Windows 365 trials. Sign up to receive a notification when trials resume or buy today, here: https://t.co/Jji5RbfTbT

Here at OnMSFT.com, we're already Microsoft 365 users, and run our site on Azure. In other words, we "eat the dogfood." Our writers are on a "Business Basic" plan, which means we get Teams (which we use every day as a chat app), Planner (also used every day), and the management features to make adding new writers or moving on from old ones easy and straightforward. We don't pay for downloadable Office, as it's not essential to what we do, but for $5 mo per user, the Business Basic plan works well for us.

Windows 365 is aimed (so far) at business and enterprise, and especially Office users, so much so that a requirement of Windows 365 is at least a Business Premium account, as Office is automatically installed on Windows 365 (at least in the generic trial offering). To try out Windows 365, we set our system account to "Business Premium" (upping the price to $20/mo, but adding Office and some Azure Active Directory features, along with Microsoft Endpoint Manager, also needed for Windows 365).

After assigning the Business Premium account to system, and adding a Windows 365 license (we chose a 2vCPU/8GB/128GB machine for $45/mo) and assigning that, getting the Windows 365 machine up and running was fairly straightforward. We did seem to get stuck during the install, but after 30 min or so, we were able to move on by refreshing the browser.

Once Windows 365 is installed, you're taken to windows365.microsoft.com, the portal for managing Windows 365:

From there, you just click on "Open in browser" for the machine you want to open under "Your Cloud PCs." From there, you're taken to Windows 365, running in your browser. One note here, even with a minimal internet connection (out here in rural northeast Washington State, internet is iffy at best, and speeds of 20mbps down / 2-3 mbps up are about as good as it gets), Windows 365 seems to perform as well as can be expected. Of course paying more for a snappier VM would help, but the internet connection doesn't seem to be a problem.

We'll dive more into Windows 365 in the coming days and weeks, including connecting to Windows 365 from an Android phone and/or from a Remote Desktop connection, running Windows in the cloud, and managing the Cloud PC. (another note, we tried to install Windows 11: we were able to enroll in the Windows Insider program, and download and install Windows 11. However, the machine failed to reboot, and we're now resetting it back to a fresh install of Windows 10. Hey, we had to try!).

So far, first impressions are that it seems to work as expected. It's a full on version of Windows in the cloud, with simple management and deployment, and a range of size and speed options. In attempting our Windows 11 experiment, the connection from Windows 365 to Windows Update etc seemed very slow, and resetting the PC is similarly taking a long time. How much of that is a 2vCPU / 8gb machine, and how much is limited resources for the Windows 365 VM program is hard to say, but the update / reset / install speeds have not been impressive so far.

Windows 365 is also expensive. You can get a pretty good modern Windows 10 laptop for the price of a year's worth of even the low end Windows 365 configurations. Is it worth it, even for business scenarios like accessing a PC from anywhere, to run Windows in the cloud instead of just buying PCs? Maybe with volume licensing it might make more sense, but for those looking for a consumer version of Windows 365, you might be better off just buying an $800 PC.

Anyway, we'll keep playing with Windows 365, and report back not only on performance, but also management and deployment. Bottom line is if having Windows in the cloud makes sense for your business, first impressions are that Windows 365 just might fit that bill.