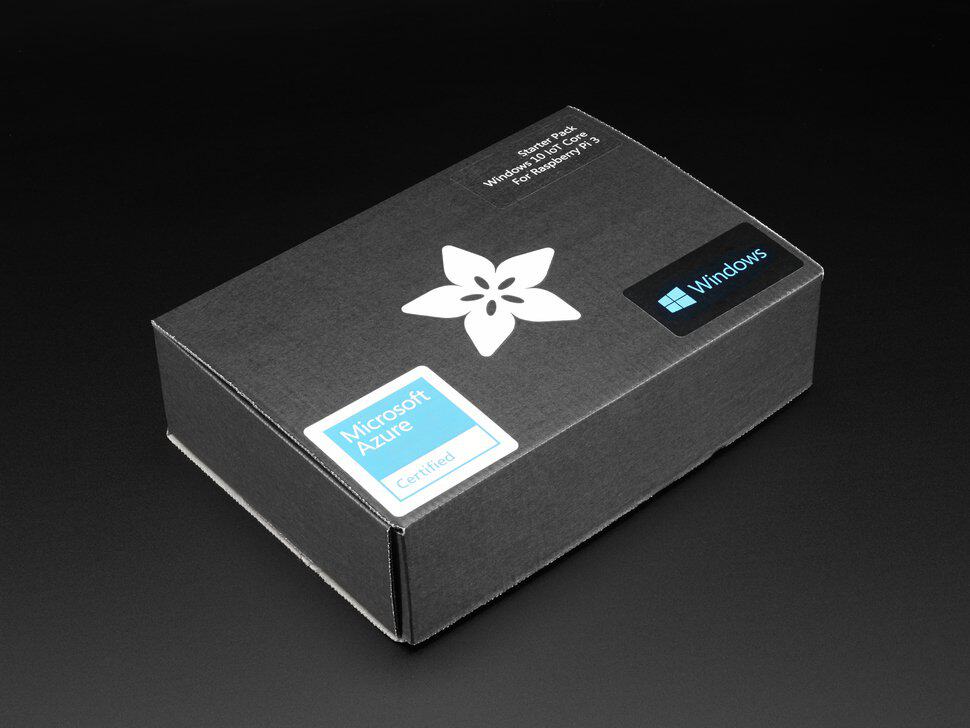 Steve Teixeira, the General Manager at the Windows Partner Application Experience Team has taken to the Microsoft Windows Developer blog to announce two new and updated Windows 10 IoT Core Kits. These new kits will be available for purchase from Adafruit and the Microsoft Store, and come after much enthusiasm surrounding the release of Windows Insider version of Windows 10 IoT Core.

The first of the two kits is The Microsoft Internet of Things Pack for Raspberry Pi 3 by Adafruit. This kit comes after the release of the Rasberry Pi 2 based Windows 10 IoT Core Starter Kit back in September 2015, and is once again designed to help users learn electronics, Windows 10 IoT Core and the Raspberry Pi 3. Available now for $114.95, the price is also the same as last years model, but includes an upgrade to the new Raspberry Pi 3 and is also certified for use with Microsoft Azure as well as other compatible Azure certified operating systems.

Seed Studio’s Grove Starter Kit for IoT based on Raspberry Pi, meanwhile, is the second of the two kits. This kit is available from the Microsoft Store for the price of $149.99 and “builds on the Grove connector technology by common connector from the large array of available sensors.” According to Microsoft, “With this kit, you can be creative and not worry about soldering electrical connections.”

Do you think you will purchase any of these kits for you or someone with a creative and technological mind? As always, please do let us know what you think by dropping us a comment in the section below!