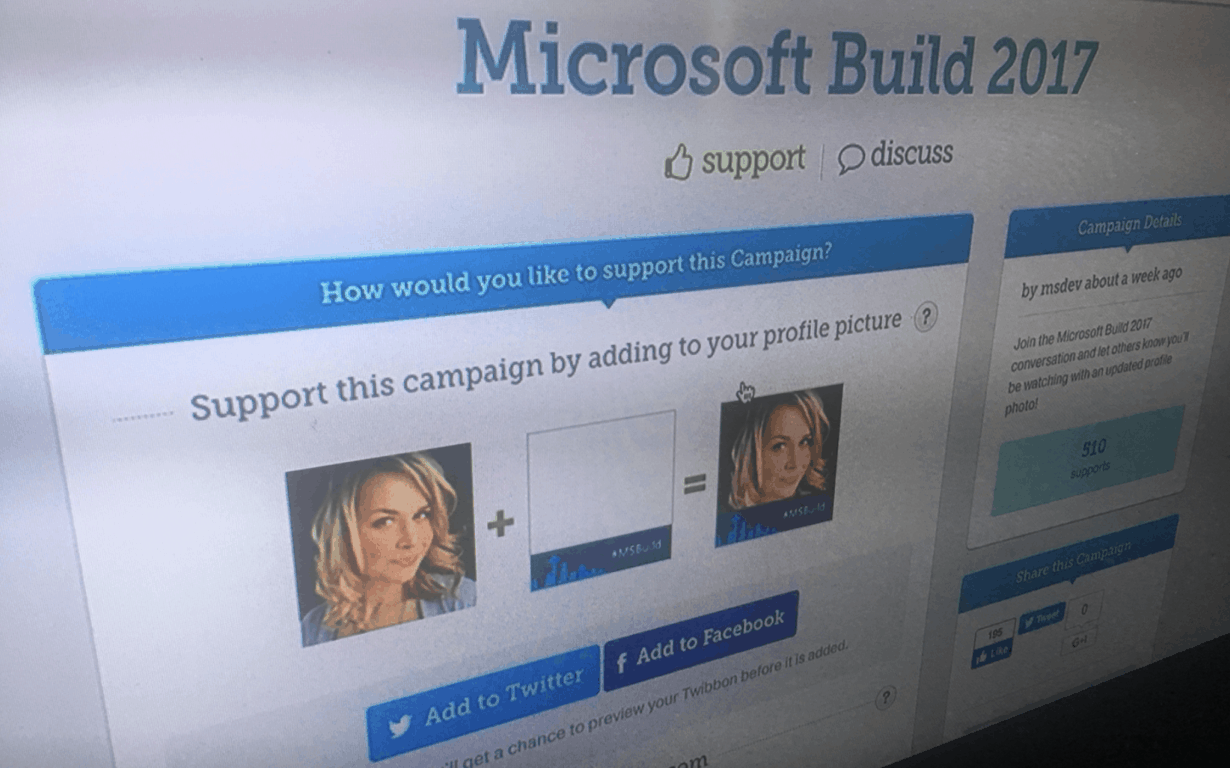 Microsoft's Build 2017 developer conference is just two weeks away, and this year the company is once again giving enthusiasts a way to celebrate the upcoming event on social media. Just like it did last year, the company has teamed up with Twibbon to create an online tool that lets you easily add an #MSBuild badge on your Twitter and Facebook profile pictures (via Neowin). You can see how it looks below: 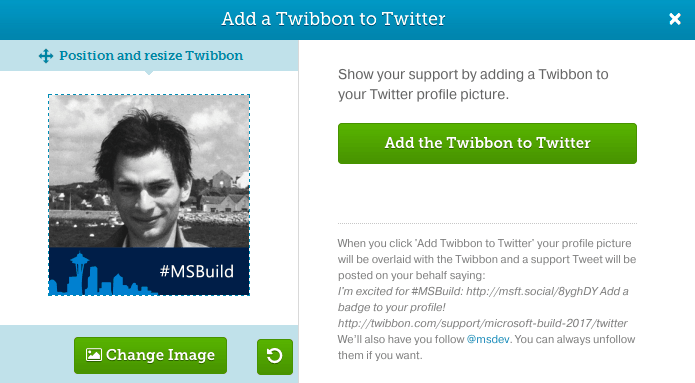 The process lets you use your existing social media profile pictures or choose a custom one. Once you're done, you can share an automated post about the upcoming conference on Twitter and Facebook. As a reminder, Microsoft has relocated its developer conference to the Washington State Convention Center in Seattle this year, and the event will kick off on May 10. This edition is expected to be pretty special for developers, as Microsoft announced last week that it will present its first-ever Windows Developer Awards during the conference. Let us know in the comments what do you expect to see during Build 2017.