Gears of War 4 was just added to Xbox Game Pass

Gears of War 4, and 6 other Xbox One and Xbox 360 games, will be added to the Xbox One Games Pass catalog tomorrow, December 1, but it seems that subscribers can already download the game right now. Indeed, the third-person shooter already shows up as “free if you get Xbox Games Pass” on the Microsoft Store today. 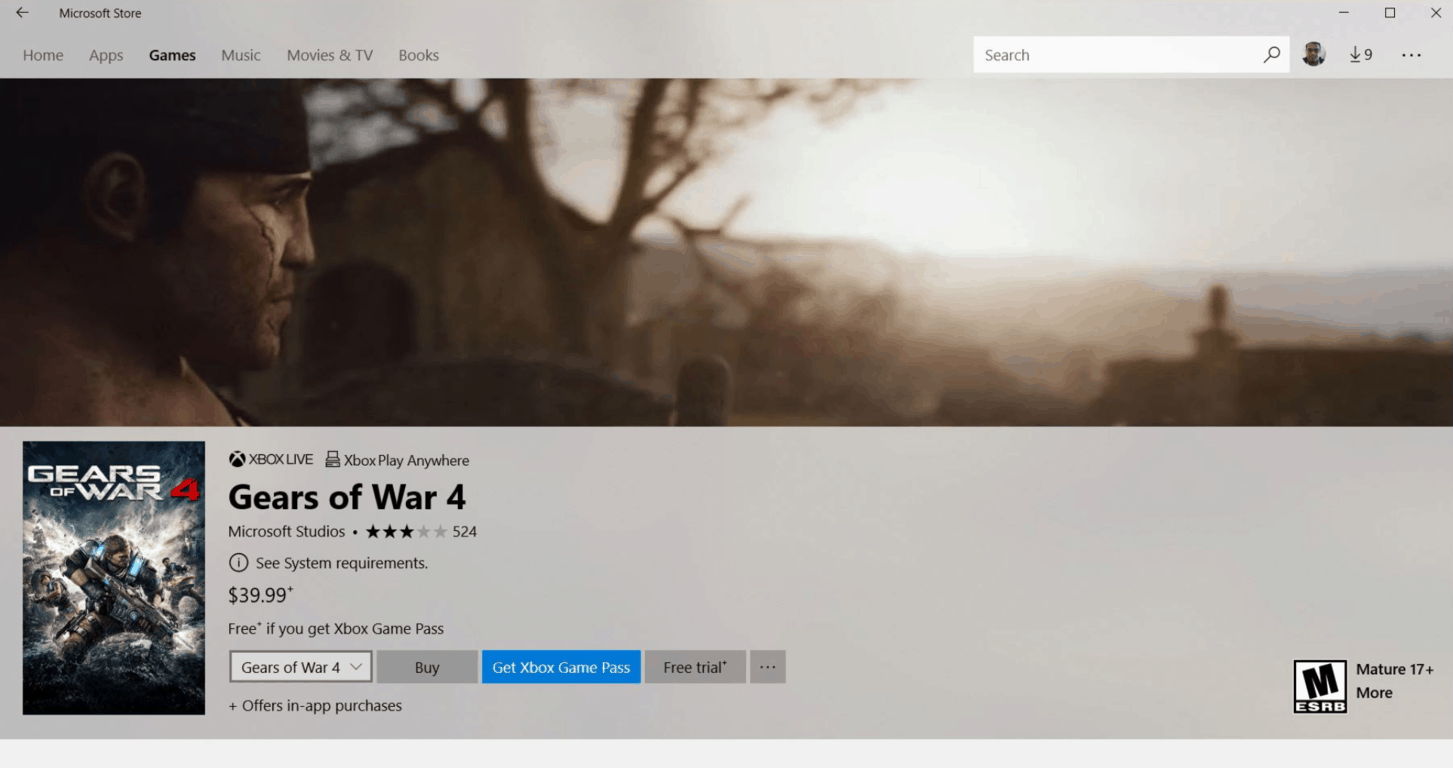 Just like Recore and Halo Wars: Definitive Edition, Gears of War 4 supports Xbox Play Anywhere, meaning that Xbox Games Pass subscribers can download and play the game for free on an Xbox One and a Windows 10 PC. Xbox Games Pass is just $9.99 a month (with a 14 days free trial), so it’s a pretty inexpensive way to try one of the best first-party titles released by Microsoft last year.

Gears of War 4 was one of the first games to support HDR on the Xbox One S, and it's now enhanced for the Xbox One X as well with different modes to choose from (including true 4K graphics and 60 FPS gameplay). It's also one of the few games to support split-screen coop and even cross-play multiplayer between Xbox One and Windows 10. It's definitely one of the best games available on Xbox Games Pass today, and one that could well push more shooters fans to subscribe.

Microsoft Edge goes out of preview on iOS and Android