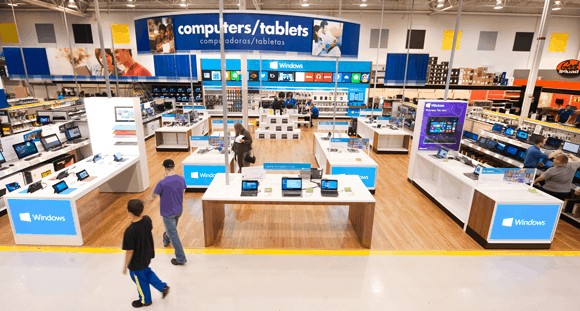 PC shipments have continued to increase in Q2 2019 according to the latest data from Gartner and IDC (via VentureBeat). Gartner saw PC shipments rise to 62,974M units the past quarter (up 1.5%), with Lenovo claiming the top spot followed by HP, Dell, Apple, Acer and Asus. 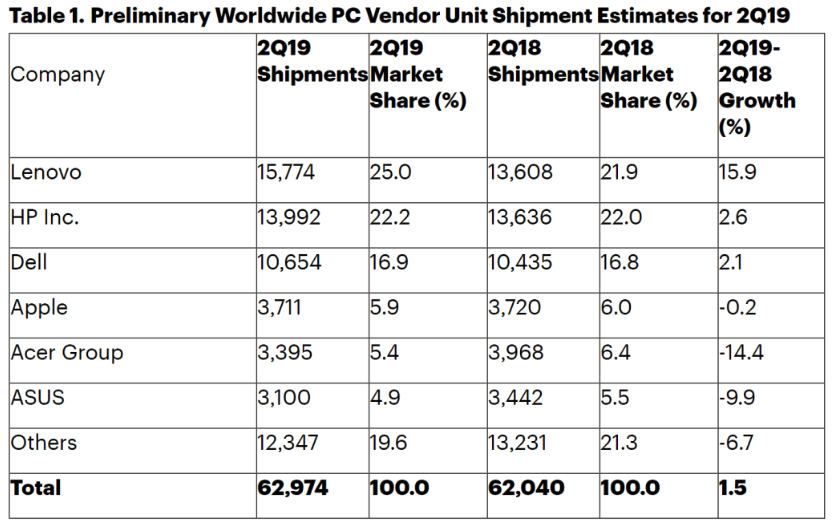 As usual, IDC has slightly different numbers with 64,858M PC shipments during the same period (up 4.7%). The difference with Gartner’s numbers is the result of IDC taking into account desktop PCs, notebooks (Chromebooks included) and workstations but leaving detachable tablets and slate tablets out of the equation. On the other hand, Gartner only tracks desktop PCs, notebooks and 2-in-1s such as Microsoft’s Surface Pro tablets, but the company ignores iPads as well as Chromebooks.

Windows 7 reaching end of support in January 2020 may have pushed more businesses to upgrade to Windows 10 PCs during Q2 2019, and this may continue to positively impact PC shipments in the near future. “With the January 2020 end of service (EOS) date for Windows 7 approaching, the market has entered the last leg of the Windows 7 to Windows 10 commercial migrations,” said Jitesh Ubrani, IDC research manager in a statement. “However, the closing sprint is unlikely to generate the spike seen when Windows XP met its EOS because we are further ahead of the migration, with two quarters to go. Still, organizations looking to finish their migration will create new opportunities for the market in the coming quarters.”

Other factors that could impact PC shipments in the near future are the US trade war with China, as well as CPU shortages, but the latter issue may no longer be as problematic according to Gartner. “There are signs that the Intel CPU shortage is easing, which has been an ongoing impact to the market for the past 18 months. The shortage mainly impacted small and midsize vendors as large vendors took advantage and continued to grow, taking market share away from the smaller vendors that struggled to secure CPUs," explained Gartner principal analyst Mikako Kitagawa in a statement.

How to turn system icons on and off in Windows 10