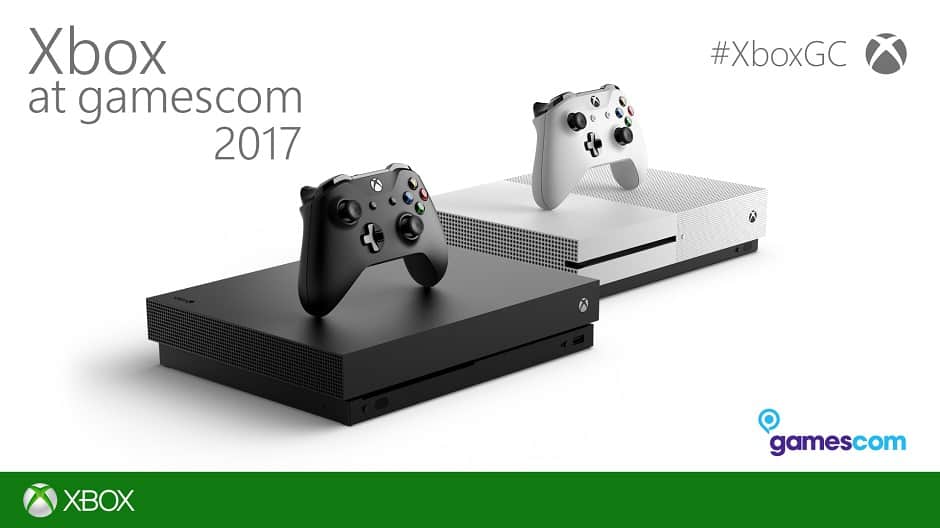 With gamescom 2017 coming in less than a week, we hope to see more of everything we love about Xbox, including more of the upcoming Xbox One X. Starting Sunday, August 20, gamescom 2017 kicks off in Cologne, Germany, and Microsoft is set to start things off with a bang with a special Xbox @ gamescom live show on Sunday, August 20, at 9:00pm CEST / 12:00pm PDT.

If you are still reeling from all the Xbox announcements at E3, with the much-anticipated Xbox One X (AKA Project Scorpio) as well as the 42 new games coming to Xbox, Microsoft promises that there will be more in store for Xbox fans.

At gamescom 2017, we will see 27 new playable games for Xbox One and Windows 10 PC, including Forza Motorsport 7, Age of Empires: Definitive Edition, and Sea of Thieves. On Sunday, August 20, Xbox @ gamescom 2017 live event will kick things off with hosts Xbox's Graeme Boyd and Xbox Germany's Maxi Graeff to give you all the latest Xbox One X news and announcements.

Be sure to check out Xbox on Twitter, Snapchat, Facebook, and Mixer with the hashtag #XboxGC or #XboxFanFest for other exciting special Xbox announcements!

The countdown to gamescom 2017 starts now.

Microsoft is rolling out fix for Band 2 sync problems