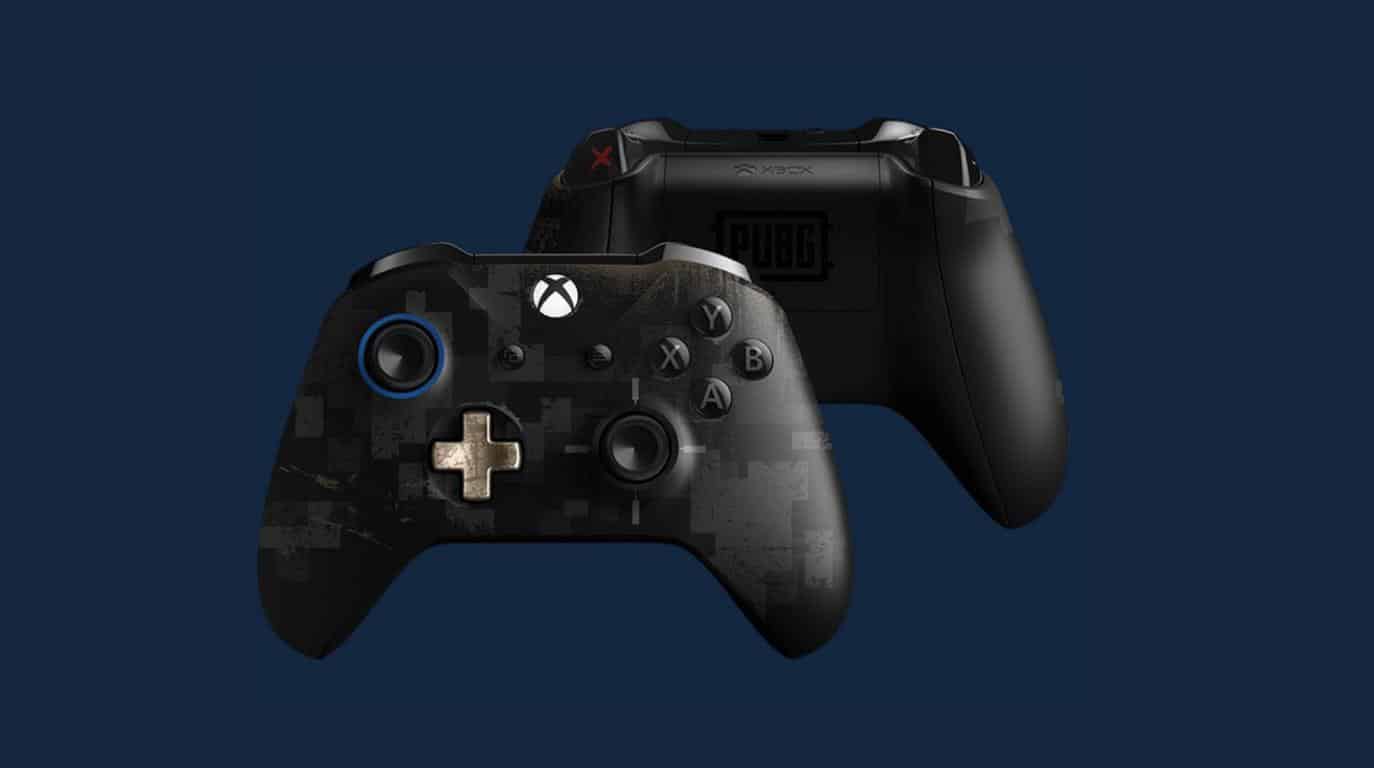 To kick off Gamescom 2018 today, Microsoft announced a special PUBG controller, updates to Xbox Design Lab, and new Xbox One X and S bundles. The new controller is available for pre-order today and will be shipping worldwide in October.

Key features on the special edition PUBG controller include a digital camo finish on the back, a blue circle on the left thumbstick, and a sight scope on the right thumbstick. There's also a PUBG logo on the back of the controller, an X on the right trigger, and for the first time ever on Xbox, grips on the trigger buttons.

Get that chicken dinner and look good doing it with the new PLAYERUNKNOWN’S Battlegrounds Special Edition controller. #XboxGC pic.twitter.com/wfx7KUc2Eh

Additionally, with the Xbox Design Lab, Microsoft is also introducing five new Shadow and Camo effects. The Xbox team showcased two of the new looks on the stage, reminding users that the possibilities are endless and you can always customize the controller your own look.

Though we obviously didn't yet get the rumored second generation of the Xbox Elite controller there was still plenty of new reveals today. As Microsoft had initially teased, the company detailed new Xbox One bundles for both Shadow of the Tomb Raider and Fallout 76. Additionally, the company took the wraps off a Forza Xbox One X and Xbox One S bundle, both launching on October 2nd, with the Xbox One X version including codes for both Forza Horizon 4 and Forza Motorsport 7.

We'll be keeping up with all the news from Gamescom so be sure to keep it locked right here to OnMSFT for all the Xbox news and information.

Xbox Games Pass is getting an updated Halo: MCC on September 1, new mobile apps for iOS and Android