Games with Gold for August to include Portal Knights and Override: Mech City Brawl - OnMSFT.com Skip to content
We're hedging our bets! You can now follow OnMSFT.com on Mastadon or Tumblr! 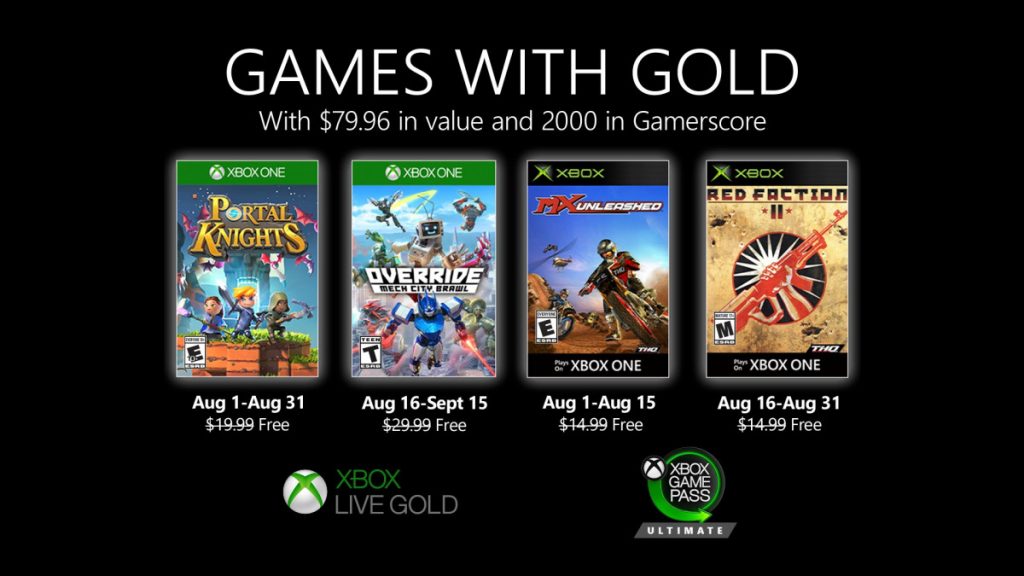 Microsoft has revealed today the new Games with Gold titles that will be free to grab with Xbox Live Gold next month. The sandbox RPG Portal Knights will available on August 1, along with the original Xbox motorcycle game MX Unleashed.

Two other games will follow on August 16 with the mech battle game Override: Mech City Brawl, along with the classic shooter Red Faction II. The latter is another OG Xbox game, meaning that there are no Xbox 360 games being offered this month.

Overall, these four games represent $79.96 in value and 2000 in Gamerscore. Keep in mind that OG Xbox games don’t offer any achievements, and they also lost support for Xbox Live multiplayer 10 years ago.

Free monthly games are still a nice perk for Xbox Live Gold subscribers, though it’s clear that the quality level has been decreasing since the launch of Xbox Game Pass. As a comparison, PlayStation Plus subscribers will get Call of Duty: Modern Warfare II for free next month, which will follow other AAA games such as NBA 2K20, Star Wars Battlefront 2, and Call of Duty: WWII.

The new Tasks app is now rolling out in Microsoft Teams