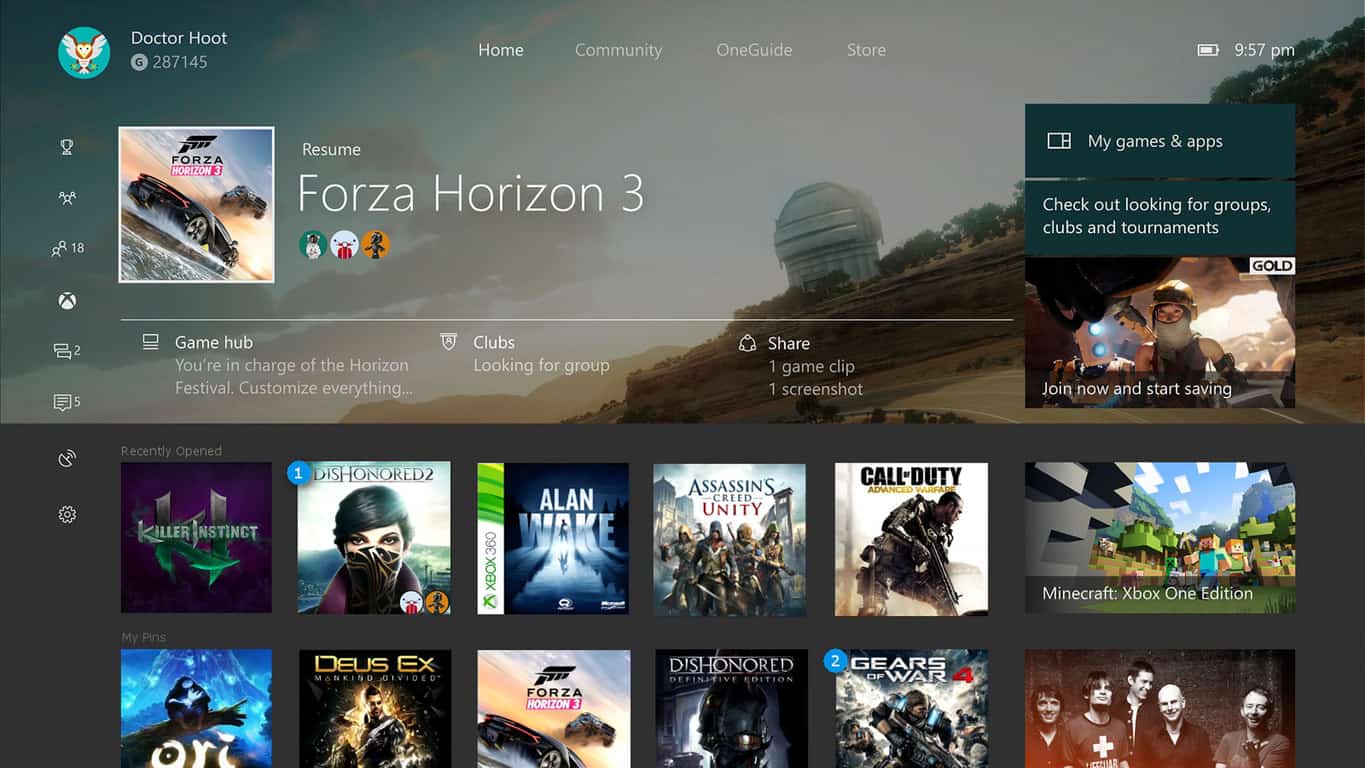 Microsoft unveiled their upcoming visual redesign of the Xbox One dashboard earlier this week and the response from users has been fairly mixed. While most console owners are excited about the new customizable areas, many have begun to voice their dislike of the overall look and are hoping that Microsoft will make some adjustments before the change is rolled out to the general public.

One group of Xbox One users on Reddit in particular have begun commenting heavily on a fan-made image of a potential new Xbox One dashboard that mixes elements of the current look with more conveniently placed recent and custom pins (see the image above).

Microsoft's own Larry Hyrb has already seen this suggestion and commented on it publically in the thread. "I'll pass this along, but do know members of the Xbox team browse here frequently - so it's probably already been seen internally," he wrote.

The Xbox team at Microsoft constantly takes feedback from users online and in particular those who are Xbox Insiders (select members of the community who have opted-in to test features and changes). What changes would you like to see made to the Xbox One dashboard? Share your thoughts in the comments below.

Age of Empires: Definitive Edition closed beta to launch very soon, and you can still sign up