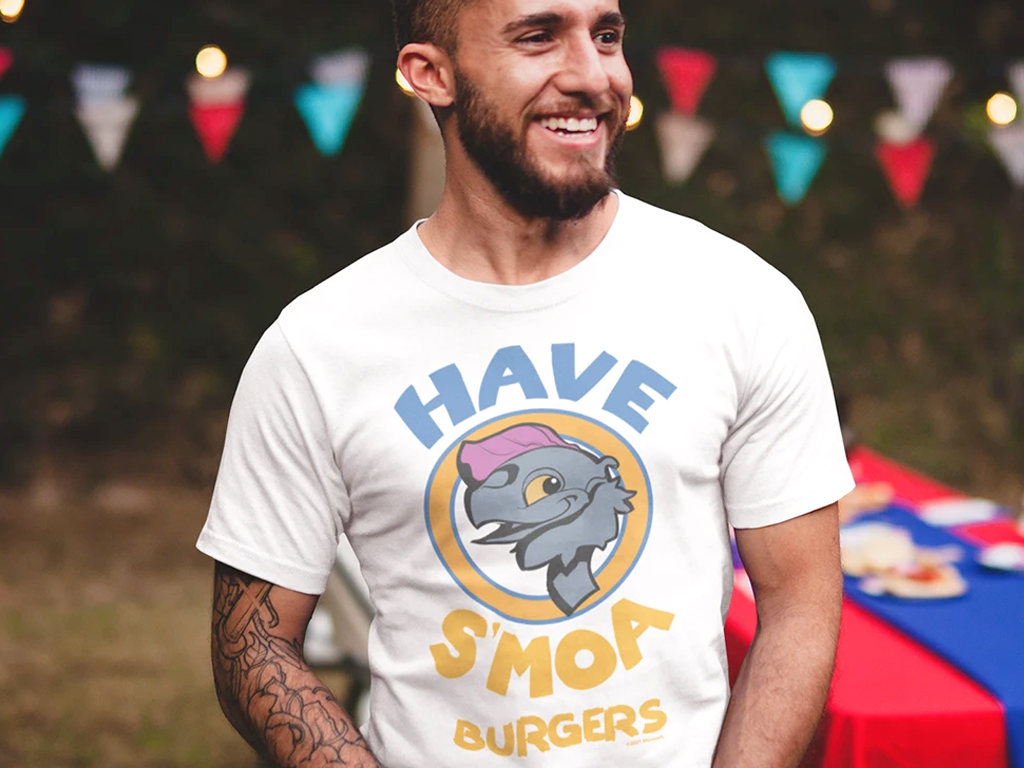 Microsoft is really doubling down with the Halo video game Moa Burger merchandising with some official Pringles inspired by the fictitious burger released earlier this month and now a new T-shirt from the Xbox Gear Shop featuring the Moa Burger logo with the slogan, “Have S’Moa Burger” written on it.

The new Halo Moa Burger T-shirt was added to the official Xbox merch storefront very recently and pre-orders are now open with an expected ship time of three to four weeks from now.

In addition to the Moa Burger T-shirt, the Xbox Gear Shop has also recently added a new Gears of War standee, new Halo socks, and a variety of new Xbox merch such as an Xbox Achievement light, Xbox socks, and some Xbox playing cards.