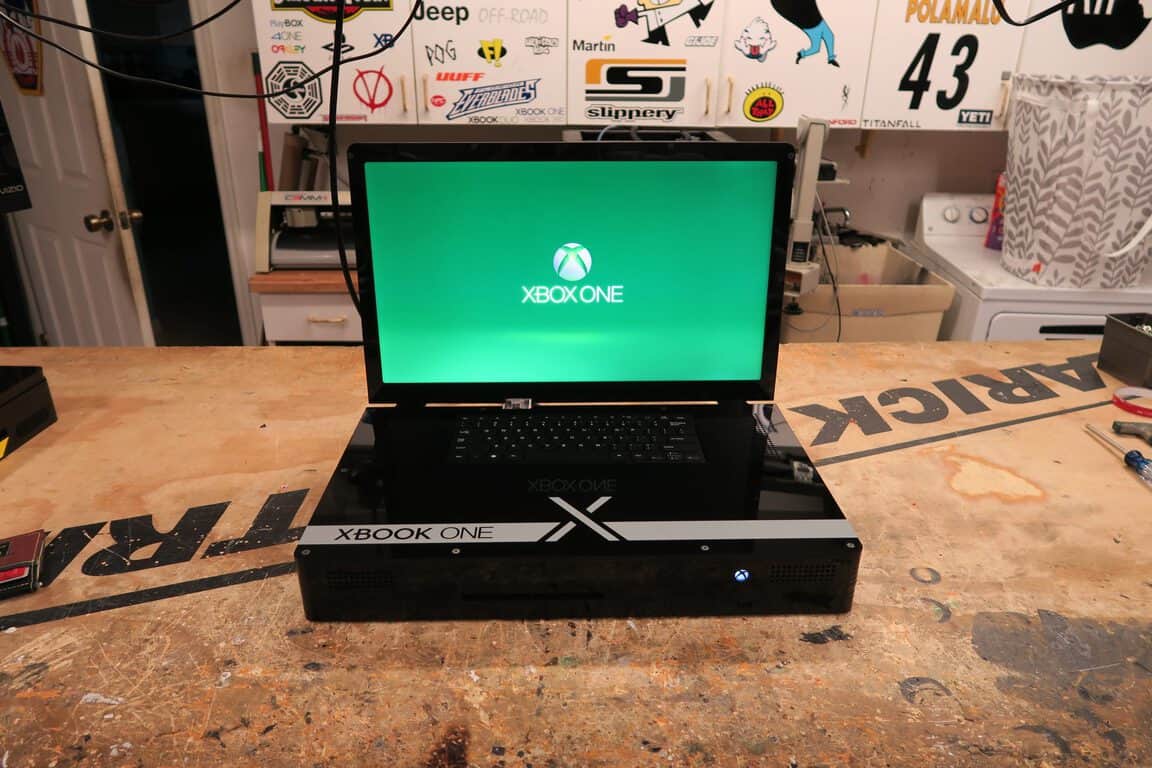 We've seen some interesting creations from game console modder Eddie Zarick before. He's the mind behind the Xbox One S and PS4 slim combo dubbed the Xstation and even the Xbox One S Laptop. Given Microsoft's recent release of the Xbox One X, Zarick took it on to create a portable version of the console, appropriately named the Xbook One X (via Digital Trends.)

In a short YouTube video, Zarick shows off the 21-inch 1080p screen, built-in keyboard/speakers, and the original Xbox One X power and eject buttons on his Xbook One X. A post on his blog reveals the entire system is built into a custom housing, and the keyboard can be used for the navigation of the UI without having the controller on. The Xbook One X also keeps the original Xbox One X cooling system, perfect for "extreme gaming."

Interestingly, the Xbook One X only works with a power cable, since it's impossible for a modern gaming console to run on just batteries. Other features on the custom console include 5 buttons for controlling all of the functions of the LCD, one USB port on the front of the system. The back of the system sees an HDMI out for 4K output, Ethernet and optical audio out, and 2 USB ports.

If you so happen to have $1,000 to deposit on this system, you can purchase one directly from Eddie Zarick by contacting him on his website. This $1,000 is nonrefundable, but it gets your name on the list for the Xbook One X. Zarick lists that the console takes 2-3 weeks to complete, and you can contact him with any questions along the way.

Microsoft Stream, its "YouTube for Business" has big plans for 2018