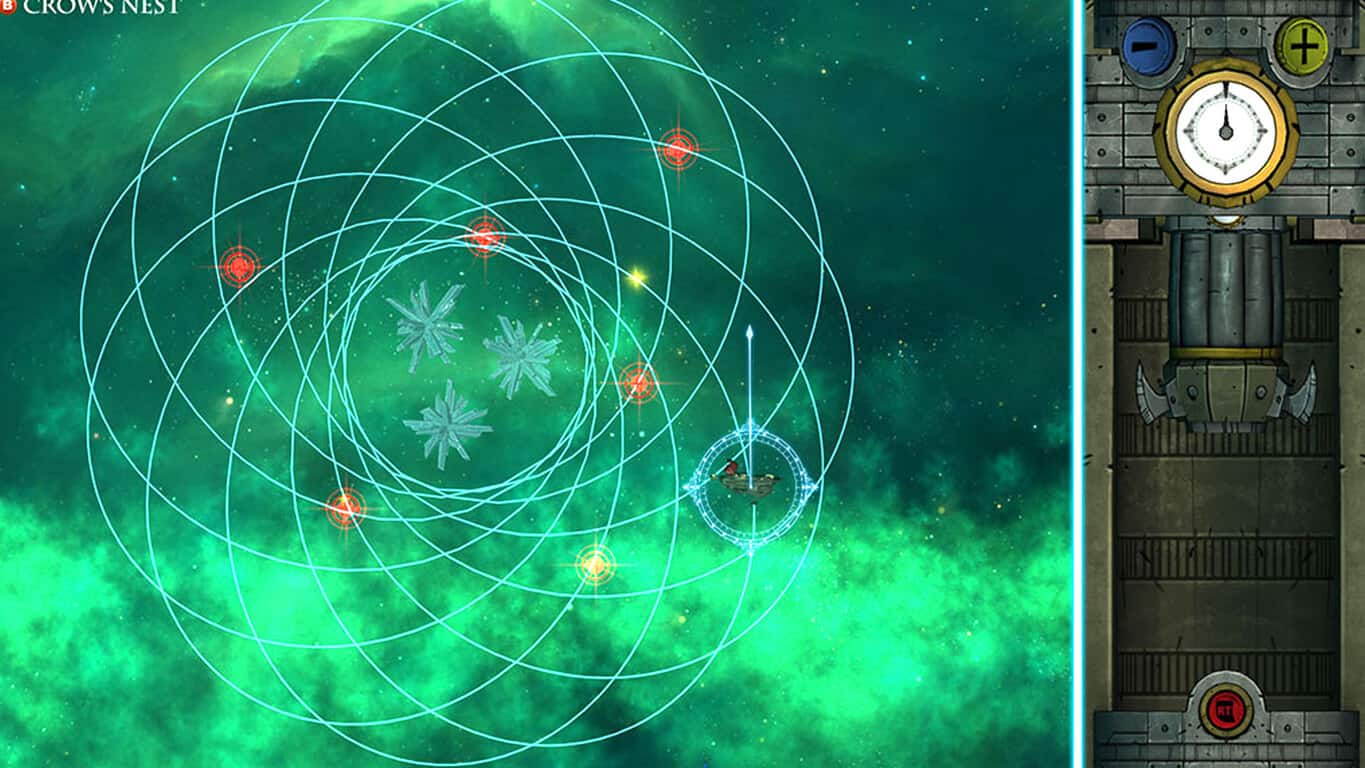 Soma Games has just released their first game in what appears to be an ongoing series of games called, Arc. The premiere entry in the Arc series, called G Prime Into The Rain, is a sort of gravity puzzle game but has been significantly evolved beyond that basic premise with its futuristic space setting, a detailed storyline, a well-established world with 10 different futuristic corporations to make alliances with, and an unusual hand-painted art style reminiscent of Disney’s Treasure Planet.

Explore the vast uncharted mystery of The Rain, a solar-system spanning shock wave of gas and dust from far, far away. In your role as sounding officer onboard Ptolemy Station you configure and drive sub-etheric reconnaissance rockets into increasingly challenging fields where Icetroids, theophosphorus and quicksand clouds make your mission much more work than your employers led you to believe…

Gorgeous hand painted art, eerily atmospheric music and a deep, compelling storyline make G Prime more than just a puzzle game. As the first chapter in a four part series, G Prime introduces you to a steampunk styled world where corporate intrigue and competing mercenaries all vie for their share of the unknown promise.

If you like Gravity Sling, Blast Off or Gears of Gravity, you’ll love this game. G Prime is the 3D Arcade-Inbred update to Soma Games’ award-winning iOS game from 2008. Now rendered in marvelous 3D environments plus 7X the background and dialog, this is the game we WANTED to make back then… but didn’t know how.

Buy G Prime Into The Rain on Xbox One

Xbox One gains some Sci-Fi action with Hyper Void