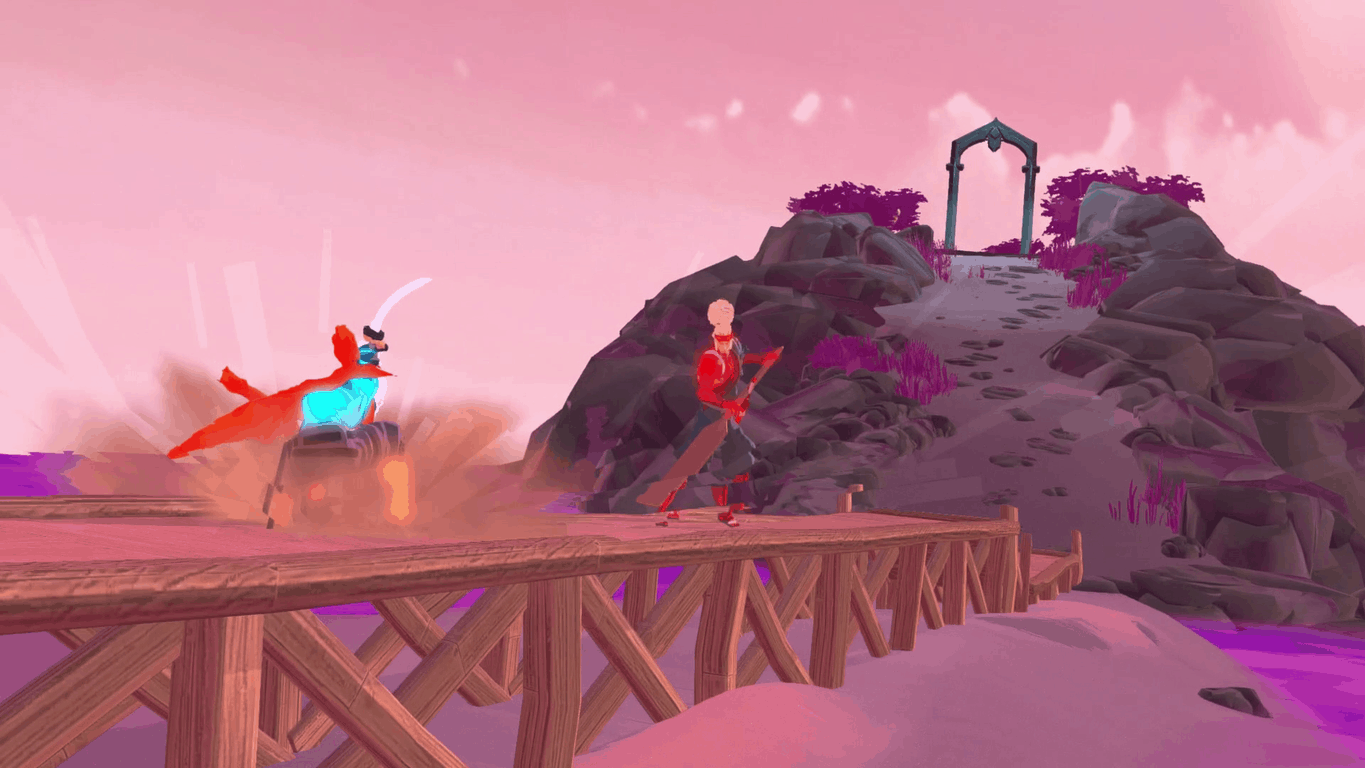 Furi, a fast-paced action game released on Windows and Playstation 4 earlier in July, is coming to the Xbox One as well. French indie game studio The Game Bakers announced the news in a blog post yesterday, adding that the Xbox One version of the game will include "exclusive new content, in particular a new boss encounter."

For those unfamiliar, Furi is an interesting game that mixes fighting and shoot ‘em up elements. The official description notes:

Fight your way free in our frenzied all-boss fighter, and discover what’s waiting behind the last gate. Furi is all about the tension of one-on-one fights against deadly adversaries. It’s an intense, ultra-responsive game with a unique mix of fast-paced sword fighting and dual-stick shooting. Each of the formidable guardians —designed by Afro Samurai creator Takashi Okazaki— has a unique and surprising combat style that requires focus and skill to defeat. The high-energy action gets a boost from an explosive soundtrack composed by electro musicians Carpenter Brut, Danger, The Toxic Avenger, Lorn, Scattle, Waveshaper and Kn1ght.

The developer did not share a release date for the Xbox One version yet. As of today, Furi is a $24.99 purchase on Steam and we guess that the game will be similarly priced on the Xbox store. Let us know in the comments if you're looking forward to play this game on your Xbox One.

Enpass launches a portable edition of their popular password manager