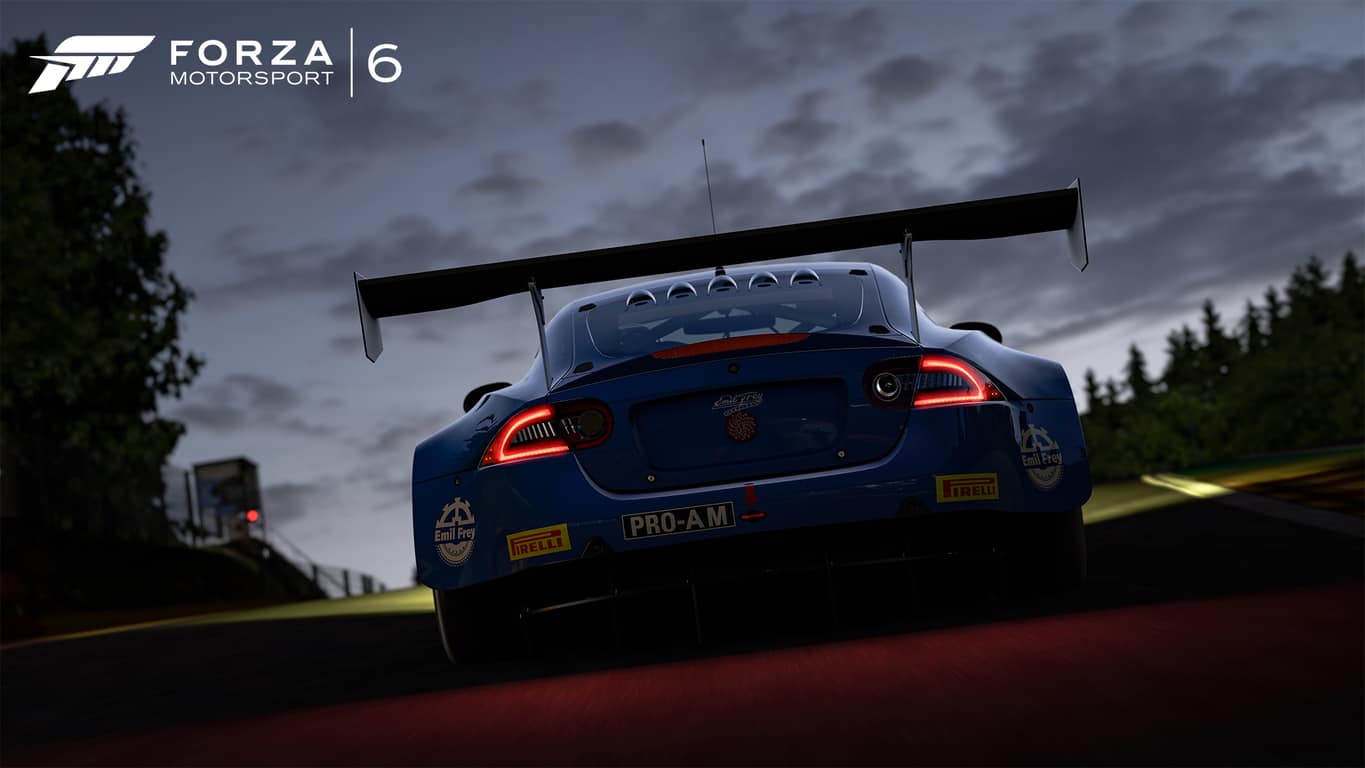 It’s once again time to buckle up your seat belts and strap down for a new set of Forza 6 content. Today the team over at Turn 10 and Forza have announced that the Turn 10 Select Car pack will be heading over to Forza Motorsports 6. The $7  pack features six cars and one truck, in what is being called one of the most diverse collections of cars ever seen in Forza History. We’ve given some of the cars a look and have included  official descriptions below. 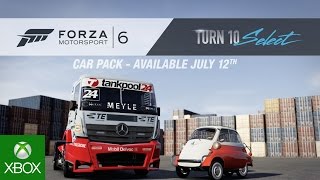 It's once again time to buckle up your seat belts and strap down for a new set of Forza 6 content. Today the team over at Turn 10 and Forza have announced that the Turn 10 Select Car pack will be heading over to Forza Motorsports 6. The $7  pack features six cars and one truck, in what is being call

Doing things the hard way is the course for the Emil Frey GT3 Jaguar team. The Frey family history is closely tied with Jaguar going back to before they made cars. That history drove descendent Lorenz Frey and partner Fredy Barth to go with a Jaguar chassis. Beyond that bit of aluminum, the car is almost entirely bespoke. The team designed everything from the gearbox to the steering wheel and iterated again and again to be competitive in the Blancplain Pro-Am Cup division. They are the David to the factory works Goliath teams. The car has proven to be competitive and winning against the industry giants is their sole goal.

This isn’t your uncle’s semi-truck, it’s a European Racing Truck. This 1,080-horsepower beast races among its competitor brands on the tracks of Europe, including a climactic event at the Nürburgring Grand Prix circuit. The Tankpool 24 Hours Racing Team is headed up by truck racing legend Markus Oestereich. “Oese,” as he is referred to in the paddock, has been mentoring drivers Andre Kursim and Norbert Kiss to drive the 24 in the nine rounds of this incredible series.

ROAL Motorsport was founded by former driver and multiple touring car series champion Roberto Ravaglia. The World Touring Car Championship is sanctioned by the FIA and began in 1987. After a few breaks, it has been running every year since 2005. Since 2010, Chevy had seen much success as constructor, winning the championship four years in a row.

The Fiat 124 Sport Spider brought an affordable option to the road in Europe and America, and was largely unchanged, for nearly 20 years. In 1980 it had a fuel-injected 2.0-liter motor to motivate the sleek lines of its Pininfarina body. Over the course of its production run, more than 200,000 models were sold, with around 75 percent sold in the United States.

This masterpiece of McLaren expertise instead targets a different segment of clientele and does so with astounding results. Taking cues from the P1’s front end, the 570S is smart not only in looks but also how the air passes over every bit of its flowing body curves.

The Brawner Hawk III was nearly left by the wayside before having a chance to shine, thanks to the four-wheel-drive Ford-powered Lotus of Colin Chapman in the 1969 Indy 500.

The Isetta is an Italian microcar that was manufactured by several companies in different countries. The BMW Isetta 300 was the most successful, possibly due to BMW almost completely re-engineering the tiny “bubble-car.” BMW used its own single-cylinder, four-stroke 298cc engine that made all of 13 horsepower.

Well, there you have it. Those are all six cars and the one truck (!) that will be heading to Forza 6. The Forza team has noted that additional changes to Forza 6 will be coming soon, so we would love to know if you are eager to race these new cars! Be sure to drop us a comment below!