Forza Motorsport 6 is currently free for Xbox Live Gold members, and for a limited time Microsoft is offering the Forza Motorsport 6 Complete Add-Ons Collection for just $4.99 (95% off). This bundle includes the car pass and all the car packs, VIP membership, as well as the Porsche and NASCAR expansions.

The game being part of the August lineup of Xbox Games with Gold just a year after Forza Horizon 2 isn’t a coincidence. Just as the latter did a year ago, Forza Motorsport 6 will reach “end of life” status on September 15 and be removed from the Microsoft Store on that date. “Players who own Forza 6 before that date will still be able to download and play the game and its associated add-on content as normal but the game and add-on content will no longer be available for purchase on the Xbox Live Marketplace,“ explained Forza community manager Brian Ekberg.

It seems that Forza games now have a four years lifespan, and if Microsoft sticks to that schedule the 2016 episode Forza Horizon 3 should be one of the Games with Gold titles for August 2020. In the meantime, you have until September 15 to grab Forza Motorsport 6 for free with your Xbox Live Gold subscription, and the 95% discount on the Complete Add-ons collection will end in four days. 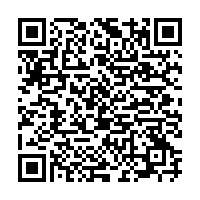 Avoid embarrassing mistakes: How to recall an email in Outlook