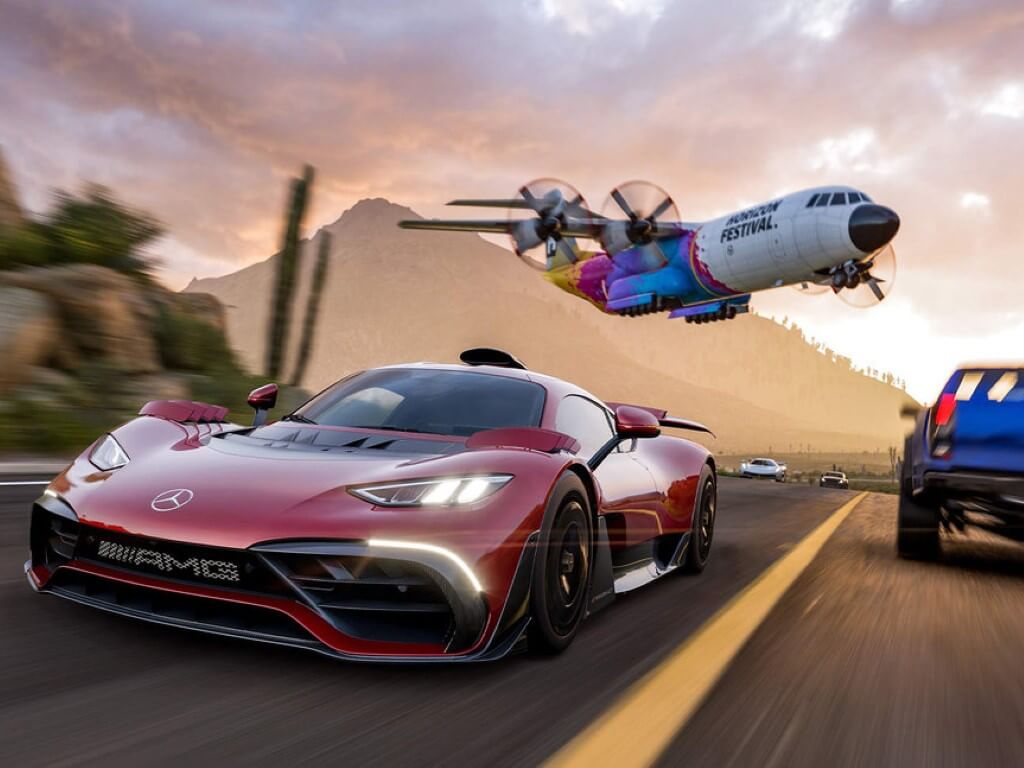 Open world racing sensation and spinoff to one of the best racing sim franchises ever, Forza Horizon made its debut back on October 23, 2012. It's hard to believe the series is already a decade old, but here we are. And Xbox Game Studios and Playground Games are gearing up to mark the occasion, starting with the Forza Horizon 5 Anniversary Update, which is now live as of October 11th.

What does the update include? Answer: cars, events, songs, and more from the previous four entries in the popular simcade racer. Among them are a new Horizon Story titled "Horizon Origins," midnight battles, along with new Accolades, Achievements, Badges, etc. There will also be a slew of new clothing items, emotes, car horns, and so on. You can check out the official release notes for the update here. Download sizes can be seen below.

The Anniversary Update was announced during last month's Tokyo Game Show, along with a trailer offering a preview of the nostalgia overload in store for fans of the series.

Meta and Microsoft partner up for new VR experiences