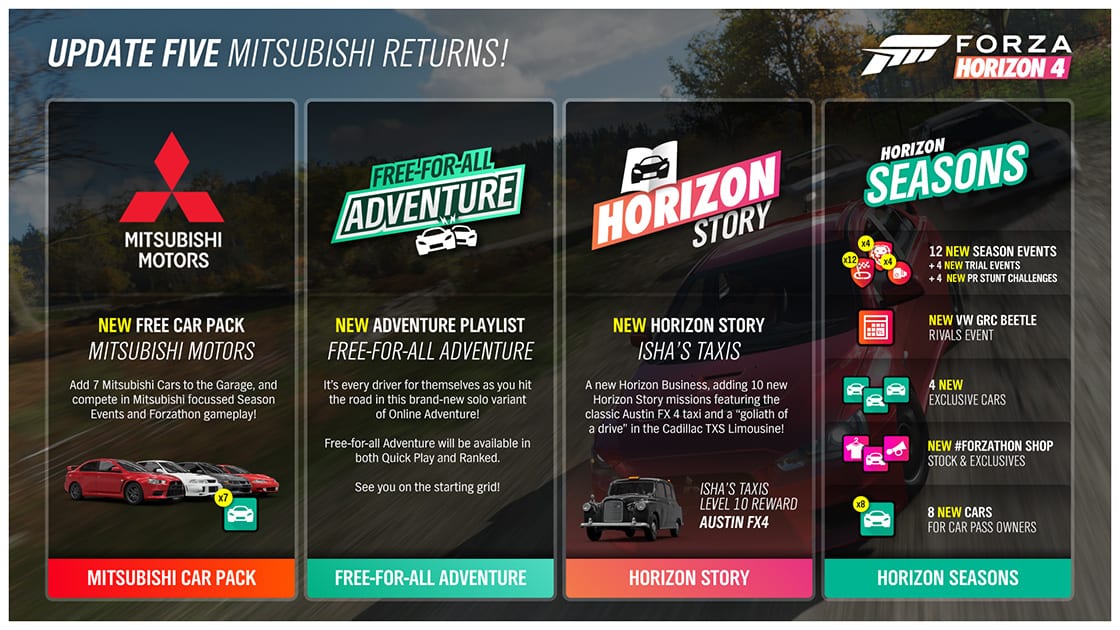 Forza Horizon 4, the open-world racing game available exclusively on Xbox One and Windows 10 is getting a new content update today. First of all, the “Series 5” update is bringing a free Mitsubishi cars pack including seven cars from the Japanese manufacturer. You’ll soon be able to put these new cars to good use in Mitsubishi-focused season events as well as Forzathon challenges, developer Playground Games explained.

In addition to the free car pack, Playground Games is also introducing Isha’s Taxis, a new Horizon Story with 10 missions where you’ll be driving the classic Austin FX4 taxi and the Cadillac TXS Limousine. Just like the existing “Worlds Fastest Rentals” Horizon Story, Isha’s Taxis is also a new Horizon Business that will offer daily payouts once fully completed.

Lastly, the Series 5 update adds a new multiplayer mode called Free for All Adventure. Unlike the existing Team Adventure mode, you’ll have to compete individually in this new mode that will be available in both Quick Play and ranked multiplayer.

The Series 5 update will be available later today on Xbox One and Windows 10, and it also introduces several cross-platform fixes. You can learn more details in the full release notes on the Forza Motorsport website.