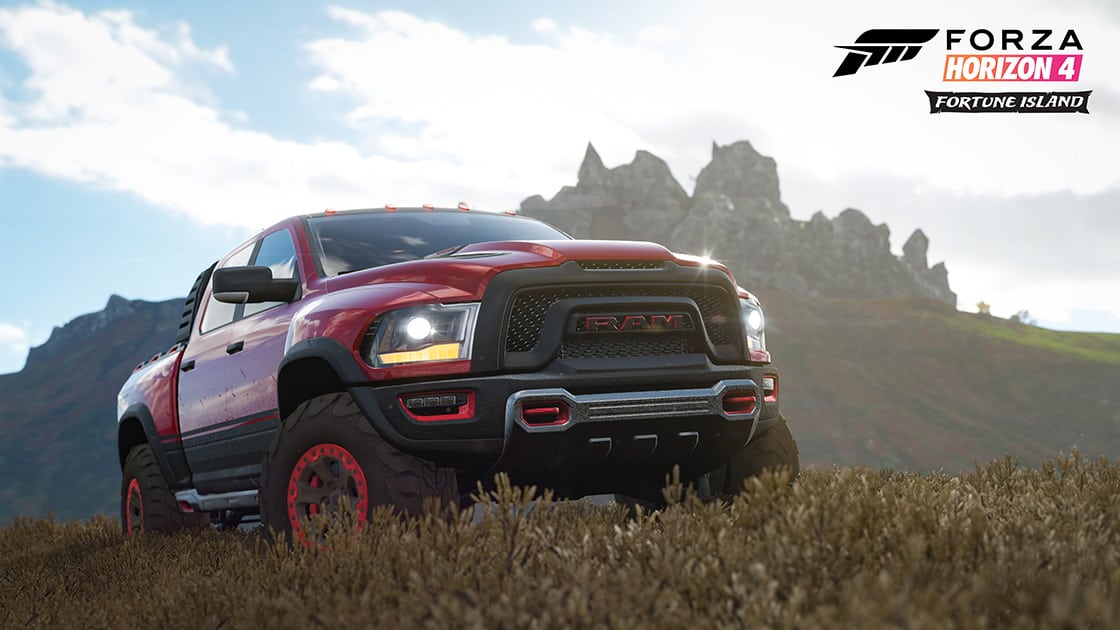 After winning the award for best sports/racing game at The Game Awards 2018 last week, Forza Horizon 4 will get its first DLC this week on December 13. Called Fortune Island, the expansion will feature extreme terrain with many cliffside roads, but there will also be new weather phenomena such as thunderstorm and Aurora Borealis.

The list of achievements for the expansion has already been obtained by TrueAchievements today, and it includes 20 new achievements worth 500 Gamerscore points in total. Get ready for some treasure hunting, dozens of new events including the "Trailblazer" PR stunts and a new Horizon story called Drift Club 2.0. You can check out the full list of new achievements below:

Fortune Island will be free on Windows 10 and Xbox One for gamers who bought the Forza Horizon 4 Ultimate Edition ($99.99), Ultimate Add-Ons Bundle ($44.99), or Expansion Bundle ($34.99). To learn more about this first expansion, tune in to Playground Games' Mixer livestream on Thursday, December 13 at 7AM PST. Forza Horizon 4 is one of our top four Xbox games for the holidays, and you can check the rest here.

Looking for gift ideas? Here are our top 4 Xbox games for the holidays