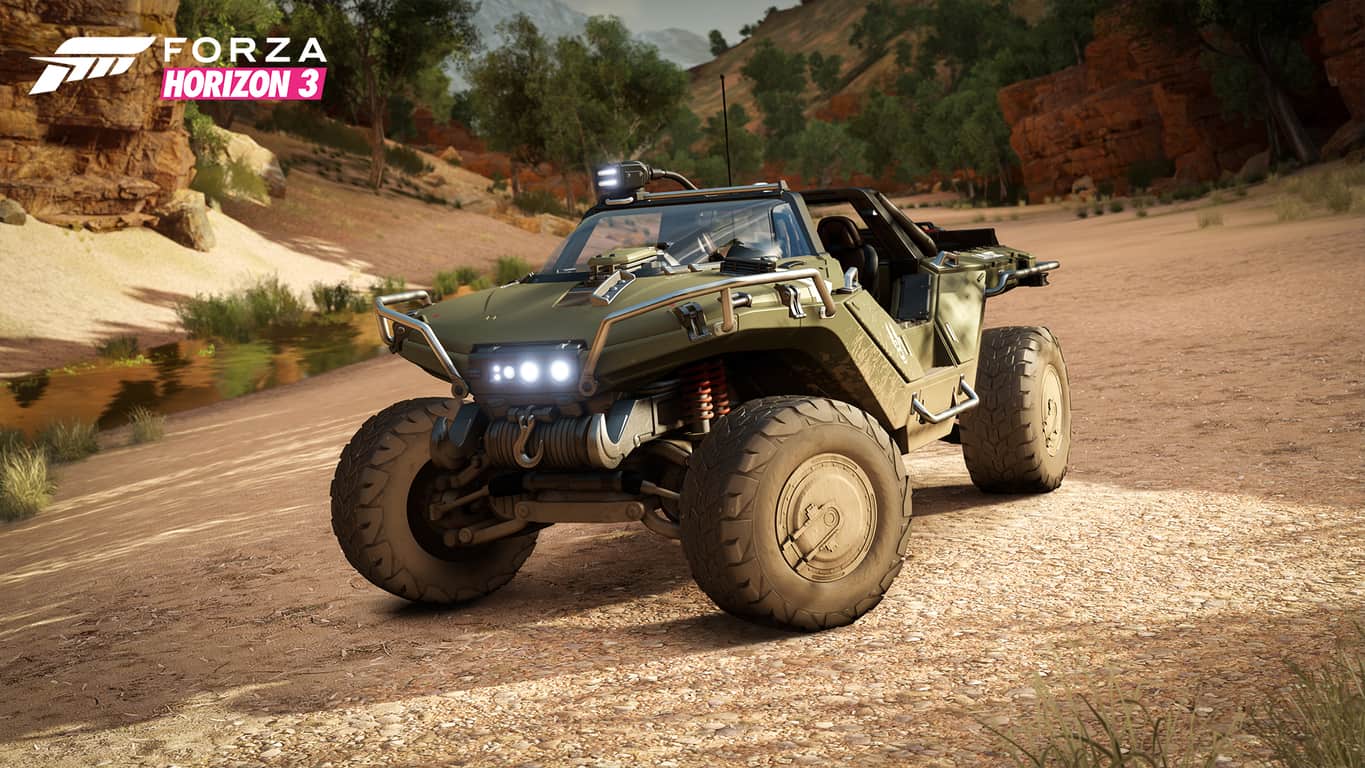 The highly anticipated off road racing game Forza Horizon 3 is making its final preparations to speed onto your television. With the release only a month away, the game has finally 'gone gold' meaning that it is completely finished with the coding and ready to play.

Halo fans and Forza racers alike have been requesting the popular transport vehicle from the Halo franchise and now's their chance to get behind the wheel in a completely new game. The Warthog will be available for individuals that have played either Halo 5: Guardians or Halo: The Master Chief Collection on Xbox One. Codes will be available as early as September 5th.

The 2554 AMG Transport Dynamics M12S Warthog CST is a civilian transport alternative to its militaristic cousin, the M12 Force Application Vehicle. What it may lack in brute force – you won’t find a turret on this version – it more than makes up for with its 720 bhp twin turbo V8, making it significantly faster than its FAV counterpart. The Warthog CST in Forza Horizon 3 is also ideally suited for the rough and tumble landscape of Australia. With the most advanced suspension in Forza Horizon 3 (with more than 70 cm of suspension travel), plus advanced dampening, you won’t find the combination of power and stability like this anywhere else in the Horizon Festival.

Another addition that was finalized in the latter days of development was the Xbox Live Achievements list. For a full list of over 60 achievements, be sure to check out the latest blog post on Forza Motorsport.

True to the Xbox Play Anywhere edict, Forza Horizon 3 will have compatibility with the same achievements, saves, and friends between Xbox One and Windows 10. Along with Direct X 12, Windows recommended PC specs are as follows:

Race through the Australian outback on September 27. Or if you'd like to cross the line early, you can pre-order the Forza Horizon 3 Ultimate Edition for early access on September 23.

Microsoft interns spend a summer as "doers, not talkers"