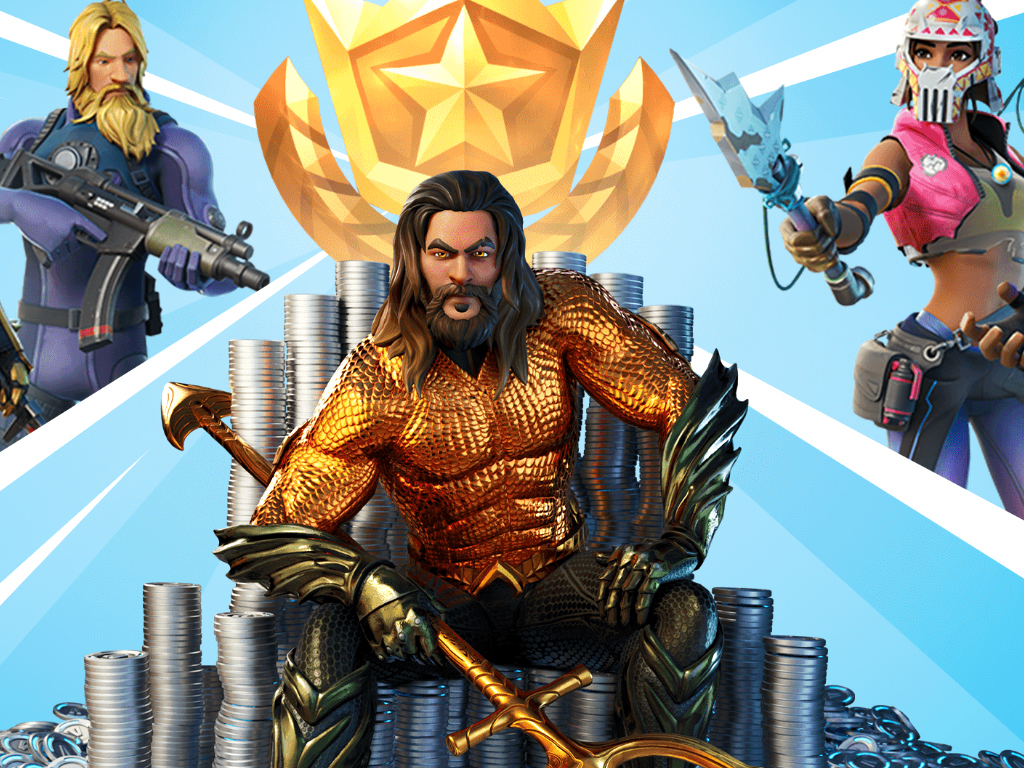 After the massive in-game event yesterday that saw the destruction of The Agency and the transformation of the storm, the third season of Fortnite’s second chapter has now begun and it’s brought loads of fresh content and a new map for players to explore.

The theme of Fortnite Chapter 2 Season 3, as many had predicted, is water and the majority of the map has now been submerged by the rising tides. Curiously, the official season description states that the waters will recede as the season progresses and that new locations will be revealed.

To complement the water theme, the new Season 3 Battle Pass boasts a wide variety of ocean-themed skins, gliders, and other items for players to unlock. Of particular note is Aquaman who is said to become unlockable for Battle Pass owners later in the season. Both his Batman vs Superman: Dawn of Justice and solo film appearances have been confirmed.

This season also sees the return of land vehicles and the debut of the first customizable glider which will work in the same way as the customizable female agent in the previous season.

Fortnite Chapter 2 Season 3 will run from today until August 26th.

Are you going to play this season of Fortnite on your Xbox One, Windows PC or other device? Let us know in the comments below and then follow us on Pinterest and Twitter for more gaming news.