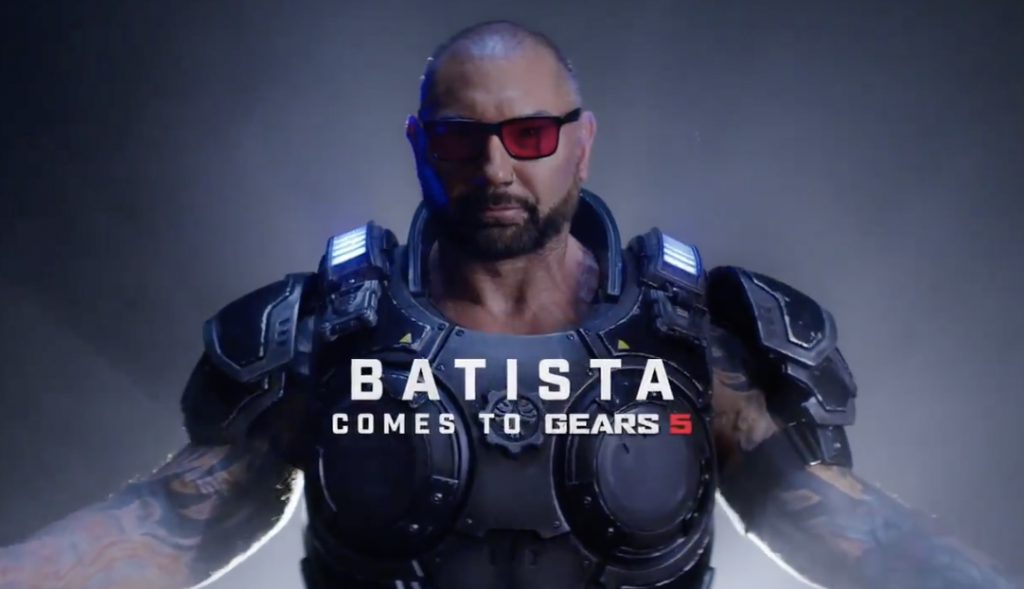 After we saw Hollywood Terry Crews star as Commander Issiah Jaxon in Crackdown 3, Microsoft has just announced a new movie crossover with actor and former professional wrestler Dave Bautista coming soon to Gears 5. The massive (6 ft 6 290 lb according to Wikipedia) celebrity will become a playable Gears 5 character starting September 15, and Bautista should be a great fit in a franchise known for its overly muscular characters.

A heavyweight addition to #Gears5. Batista is coming Sept 15.

What’s interesting is that Bautista is a Gears of War fan himself, and he expressed his interested in starring in a Gears of War movie for several years. In a recent interview with Screenrant, Rod Fergusson, Creative Director at The Coalition said that he has " talked to Dave Bautista three times personally about his insane desire of making a Gears movie,” but the project is currently in the hands of Universal Pictures and it apparently won’t follow the story of the games.

The addition of Dave Bautista to the roster of Gears 5 playable characters remains a very interesting crossover, and it actually follows the addition of actress Linda Hamilton as Sara Connor from the upcoming Terminator: Dark Fate movie. Do you think these kind of movie crossovers really help to help Xbox Game Studios titles gain mindshare, or do you think they’re an unnecessary distraction? Sound off in the comments below.

Our Guide to the Office 365 Dashboard