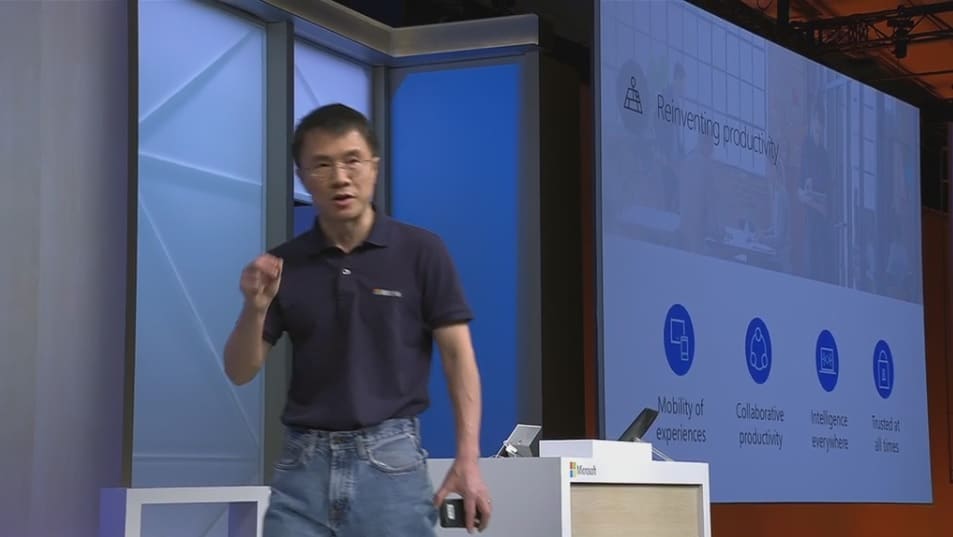 After roughly a year, former Microsoft executive Qi Lu finds himself in another transition as he steps down from his leadership role at Baidu. Back in early 2016, Lu was involved in a bicycling accident that sidelined him from his day to day duties of overseeing Microsoft's infusion of artificial intelligence into consumer-facing products such as Bing, Office 365 and Skype.

Presumably, unrelated to his physical condition and recovery, Lu found himself with an opportunity to apply his AI intellect for another company with equally, if not, more potential end-user reach in China's Baidu search engine. Lu joined last year with the express intent to evolve the Baidu platform into an AI first solution as well as center the company around a similar mindset moving forward.

However, after just a year, Lu is saying goodbye to the company in a press release obtained from Baidu.

"I have deeply enjoyed working with Robin and my team at Baidu. I'm honored to have participated in Baidu's transition into an AI-first company. Due to personal and family reasons, I am no longer able to work in China on a full-time basis," said Qi Lu. "Baidu is a great company with strong talent and deep technologies. I am highly optimistic on Baidu's future and will continue to support Baidu, while spending more time with my family in the U.S. For my next steps, I plan to work in research and investment areas, to help advance our shared mission to make a complex world simpler through technology."

Lu's duties will be overseen by company vice president Haifeng Wang, who joined Baidu back in 2010. Wang seems more than qualified to replace Lu as he has already overseen much of the company's AI, Machine Learning, big data, computer vision, knowledge graph robotics, AR and natural language projects

As of right now, it's unclear as to why Lu stepped down, or even where he will end up, but any company would be lucky to have his AI brilliance.