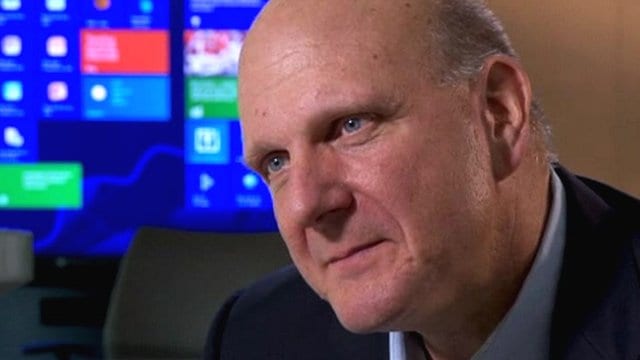 Hot on the heels of complaining about Microsoft's policy to refrain from reporting actual cloud and hardware sales and profits, ex-Microsoft CEO Steve Ballmer had some additional feedback on Microsoft's current direction. According to an updated version of the same Bloomberg Business report that we referenced earlier, Ballmer isn't so keen on every aspect of Microsoft's Windows 10 Mobile strategy.
Speaking about current CEO Satya Nadella's response to questions about Windows 10 Mobile's app gap, which was to reference the value of Universal Windows 10 apps in convincing developers to bring apps to Microsoft's mobile platform, Ballmer had some choice--and perhaps surprising--words.

“That won’t work,” Ballmer commented as Nadella spoke. Instead, the company needs to enable Windows Phones “to run Android apps,” he said.

We can only speculate as to Ballmer's reasoning, and certainly a more fleshed-out interview would uncover his thinking. Certainly, Ballmer must be aware of Microsoft stalled Android porting effort, Project Astoria, as well as Project Islandwood, the equivalent iOS porting toolset that's still going strong. And so it's entirely possible that he means implementing the capability for Windows phones (and here, we'll assume he meant that with a small "p", since Windows Phone is of course being phased out) to literally run Android apps, which brings with it a host of problems of its own.
We'll not speculate too deeply about what Ballmer meant in what was likely a very ad hoc discussion. He's not a stupid guy, and so we don't think he'd so easily dismiss the damage that directly running Android apps would do to any hopes of a viable Windows 10 Mobile app ecosystem. And, performance would be a question mark, particularly given that Android itself has its own performance problems (solved primarily by utilizing faster and faster hardware).
While it's not inconceivable that Microsoft would consider directly supporting Android apps, and the capability has been in place to do so, we find the strategy dubious. Universal Apps leverages the 120 million+ (so far) Windows 10 users already in place, with over a billion anticipated in the next few years. That's real incentive for developers to support Windows 10 Mobile long-term, given the relatively small additional coding required to support Windows phones. And, Universal Apps would leverage the unique strengths of Windows 10 Mobile, something Android apps will never do.
And so, Mr. Ballmer, if you'd like to expand on your thoughts as reported in Bloomberg, we'd love to hear them. Until then, we'll assume you were speaking off the cuff, and don't actually think that native Windows 10 apps are a bad move. Once upon a a time, you would have never overlooked the importance of Windows developers.


There, we reminded you. You're welcome