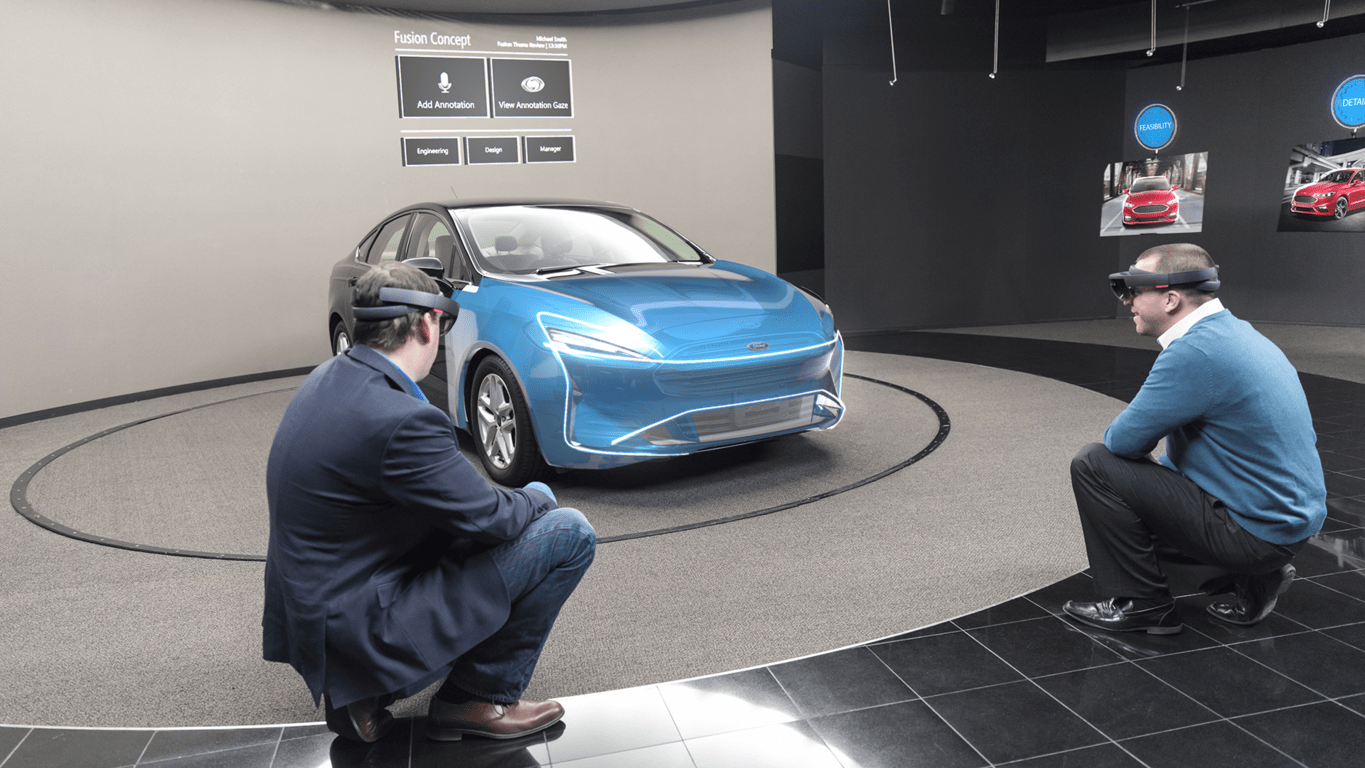 Microsoft yesterday took to the Windows Devices blog to highlight a very interesting expanded collaboration that the company has formed with Ford. As part of the collaboration, Ford will be exploring the use and testing of Microsoft HoloLens, mainly as part of the auto marker’s push to embrace the digital transformation and build the better vehicle of tomorrow.

Specifically, Ford has plans to use Microsoft’s HoloLens headset in the design studio. According to Microsoft, this helps Ford’s designers unleash creativity, and feel extra confident in their design decesions early on before scale models of cars are built using clay. Ford essentially will now blend 3D holograms of the cars with clay models and physical vehicles, allowing designers to experiment with designs with speed and precision.

“It’s amazing that we can combine the old and new – clay models and holograms in a way that both saves time and allows designers to experiment and iterate quickly, to dream up even more stylish and clever vehicles. Microsoft HoloLens is a powerful tool for designers as we continue to reimagine vehicles and mobility experiences in fast-changing times.”

In addition to being used in the design studios, Ford is exploring using HoloLens to help their global teams collaborate. With HoloLens, design and engineering teams at Ford can safely and easily collaborate, in real time, without leaking any confidential information. Designers are also able to collaborate in real time and evaluate certain elements of a new project.

Despite HoloLens not being made available to consumers, it’s great to see that Microsoft’s partners, and developers, have come up with great uses for the headset. As this partnership with Ford shows, one way or another, the HoloLens still impacts consumers, since it helps Ford in product design. Let us know your thoughts on how Ford is using these headsets by dropping us a comment below.