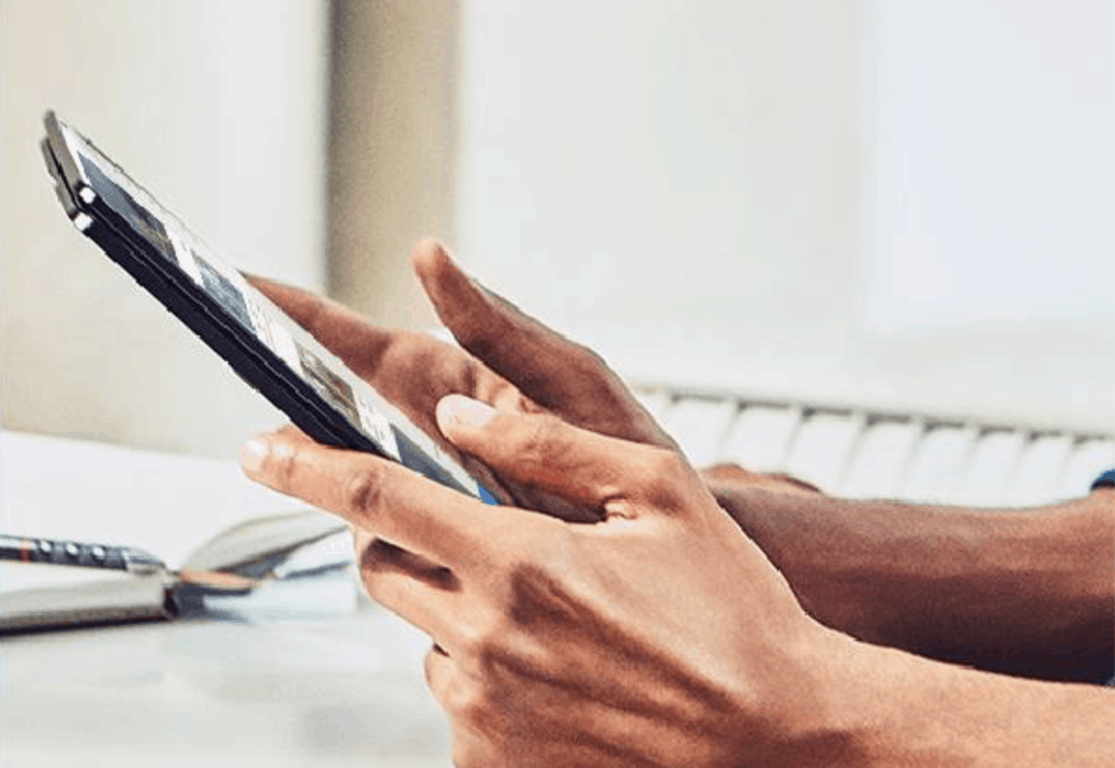 File this under things that shouldn’t make Surface phone enthusiasts too excited, but Microsoft has recently showcased an interesting mobile device on its Azure social media accounts over the past few days. If you look at the below image very closely, you’ll see that this phablet device doesn’t look like anything currently on the market (via All About Windows Phone).

As AAWP notes, this device looks to have a foldable screen, which looks quite similar to the different patents for a mobile device with a foldable screen that Microsoft recently obtained. Additionally, it looks like there are no bezels around the edges of the screen, though the picture is a bit too blurry to see what is on the display.

Overall, this picture looks to be heavily (and poorly) photoshopped, with lots of artifacts here and there. Here are some the things we found really intriguing:

So, why would Microsoft feature a never seen before device in some random marketing material? We have no idea, though all the photoshopping suggests that this is probably a concept image that the company chose for some reason. We also tried a Google Reverse Image search and came up with nothing. Anyway, this mobile device looks quite big, and the absence of bezels suggests that the screen could be close to 6 inches. If this is actually a concept image, we would even say that it looks pretty good and innovative.

What are your thoughts on this image? Do you think this is a just a mockup that will never see the light of day, or a glimpse of things to come from the Surface team? Let us know your thoughts in the comments below.