Flipboard disappears from the Windows Phone Store, company confirms it's no longer supported - OnMSFT.com Skip to content
We're hedging our bets! You can now follow OnMSFT.com on Mastadon or Tumblr! 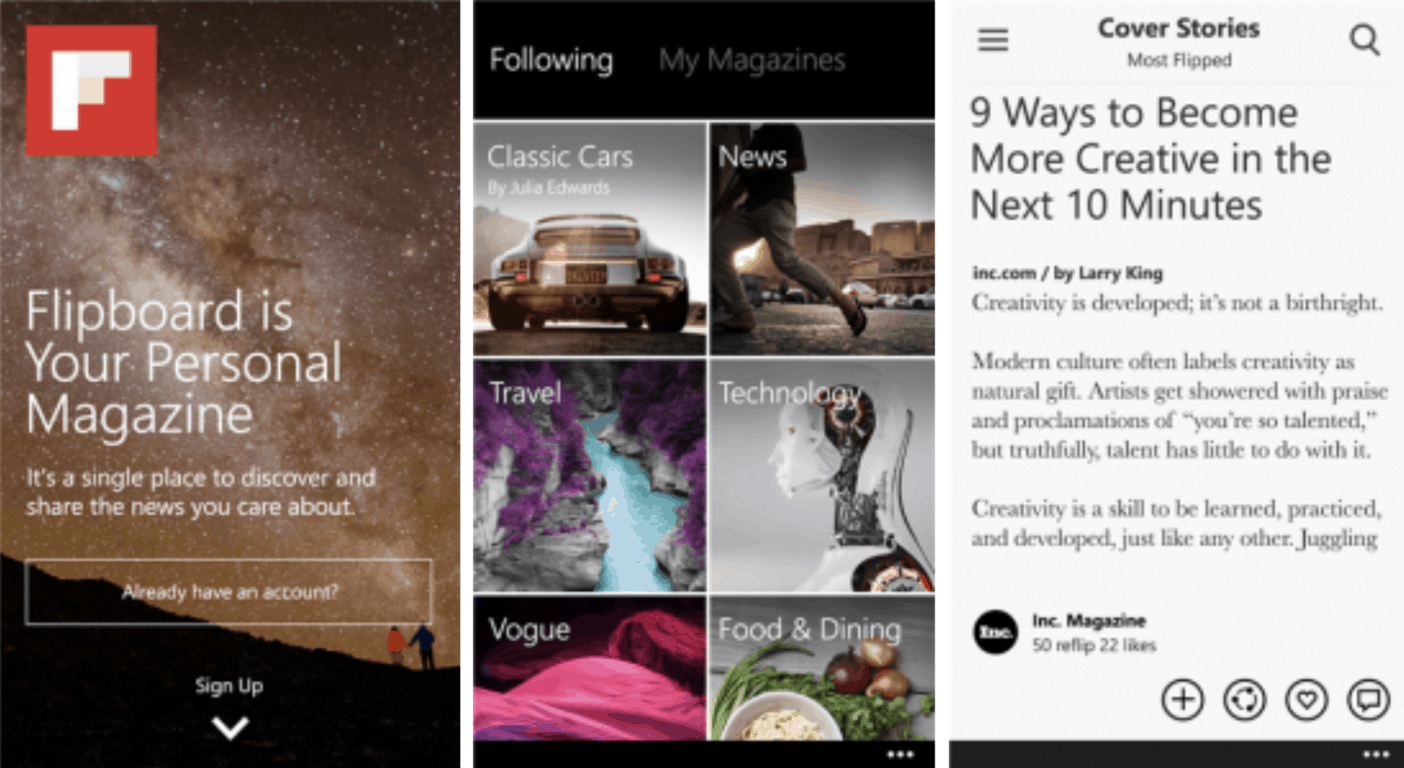 News aggregation app Flipboard is the latest company to drop support for its Windows Phone app. The popular service for news junkies is no longer available to download from the Windows Store, though it should still work for those of you who still have it on your Windows Phone handsets, for now at least (via Windows Central).

"We don't support the Windows Phone anymore, and I don't think we will in the near future," explained a company's Community Support Manager in an email to a user. The company's Windows 10 app is still available to download on PCs and tablets, so the company is not done supporting Microsoft's platforms.

Flipboard's Windows Phone app was released three years ago, and it was a pretty big deal at a time when Microsoft's mobile OS struggled to attract popular apps (it didn't really get better after all these years, to be fair). The app was much more flexible than Microsoft's own MSN News app, letting you create smart magazines from your favorite sources and even share your own custom magazines with your followers. However, the Windows Phone app never became as polished as its iOS and Android counterparts over the years.

Are you sad to see Flipboard disappear from the Windows Phone Store, or have you already moved to better news aggregation apps? Let us know below.