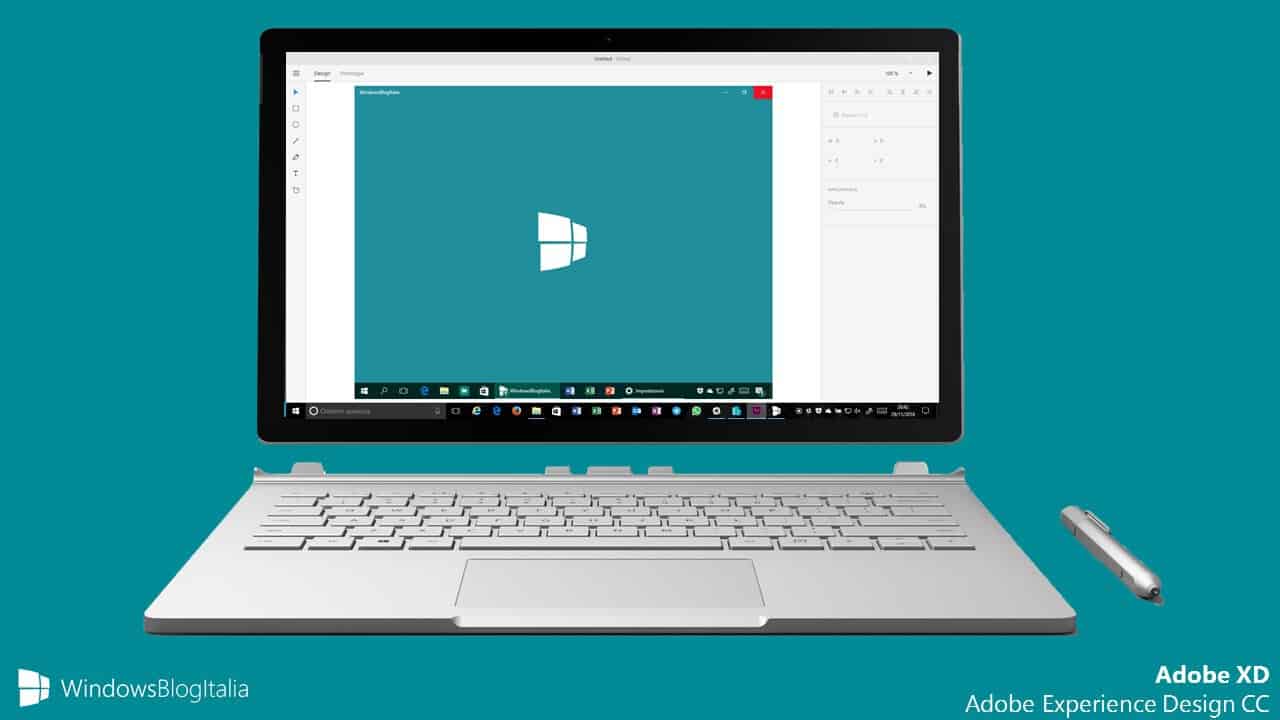 A week ago, we let you see a sneak peak at the private beta of Adobe Experience Design with our own hands-on experience with the new UX designer. Today, Adobe made their big announcement that the first public beta release of Adobe XD is available for download on Windows 10.

The public beta release offers all of the core features of Adobe XD, essentially making it easier to prototype websites and mobile apps in a sleek tool. There's a lot to explore in the first release, including:

Of course, if you get lost there will be a built-in Adobe XD tutorial located conveniently in the Help menu. Adobe also released some tutorial videos to help get you started.

Currently, pen and touch can only be used on the Property Inspector which is the left-side toolbar menu. While the developers have plans to offer support for pen and touch in the canvas area, it hasn't been implemented just yet. In fact, a whole list of features to come to Windows 10 release can be found on their Adobe XD (Beta) FAQ. Adobe plans to update the Windows 10 Adobe XD UWP every month as an ongoing project to improve feature parity between Mac and Windows 10.

Adobe XD is built as a UWP app on Windows 10 so all you will need to install the software is the Windows 10 Anniversary Update (64-bit). Any earlier versions of Windows are not supported by Adobe XD. If your Adobe Creative Cloud doesn't detect the new beta, then you might not be running a device with the Anniversary Update.

If you'd like to take the Adobe Experience Design Beta into your own hands, you can download the public beta straight from the Creative Cloud today, and check out the Windows Blog post on Adobe XD.

The Blizzard Mountain expansion for Forza Horizon 3 is here, get it now

3 BioShock titles make it to Xbox One Backward Compatibility