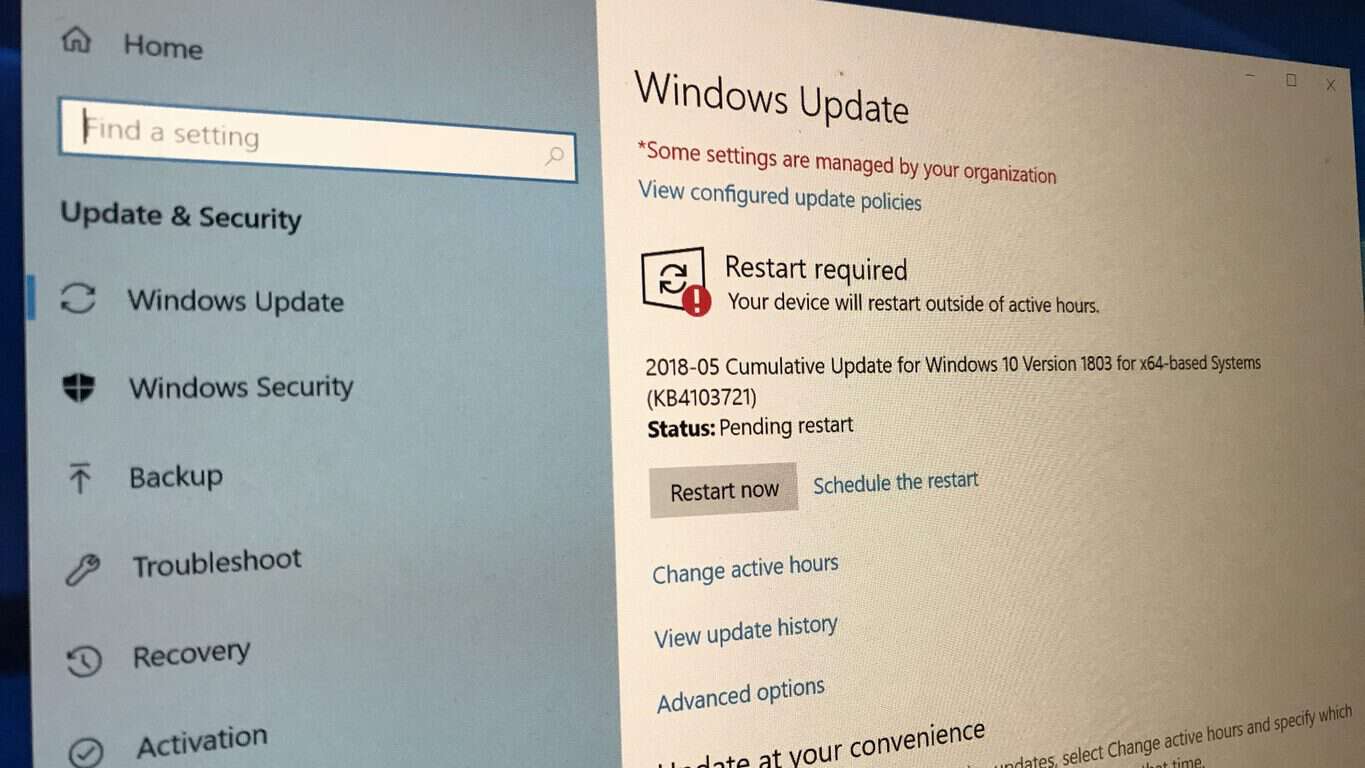 Yesterday, users who installed the Windows 10 April 2018 Update got their first cumulative update from Microsoft. These updates were meant to address some issues with Remote Desktop and App-V Scripts, but it is also apparently causing some users to experience black screens when booting up their PCs (via Windows Latest.)

The issue is well documented on the Microsoft Answers forum, where the original poster warned "Do NOT install this update after updating to Windows 10 version 1803. It will prevent your computer from booting up." Subsequent responses in the thread make it clear that not everyone is seeing this problem, but some users report seeing it on up to two or three PCs.

Anyway, those who did experience the issue needed to boot Windows 10 into safe mode via a CD or USB installer, try uninstalling the update, restoring back to the Fall Creators Update or restoring via a system restore point. Stephen Phillips from YouTube put together the following video on how to diagnose and fix the problem.

Microsoft has not yet officially posted a response in the forum, though we hope the company will if more people report that they are also experiencing the issue. It's been quite a bumpy road for Microsoft, as many have reported significant bugs and problems after installing the Windows 10 April 2018 Update. We'll be keeping an eye on things and will update this post if Microsoft issues a response or official fix.

Check out these savings on Surface, Windows 10 PCs, and other tech for Mother's Day weekend