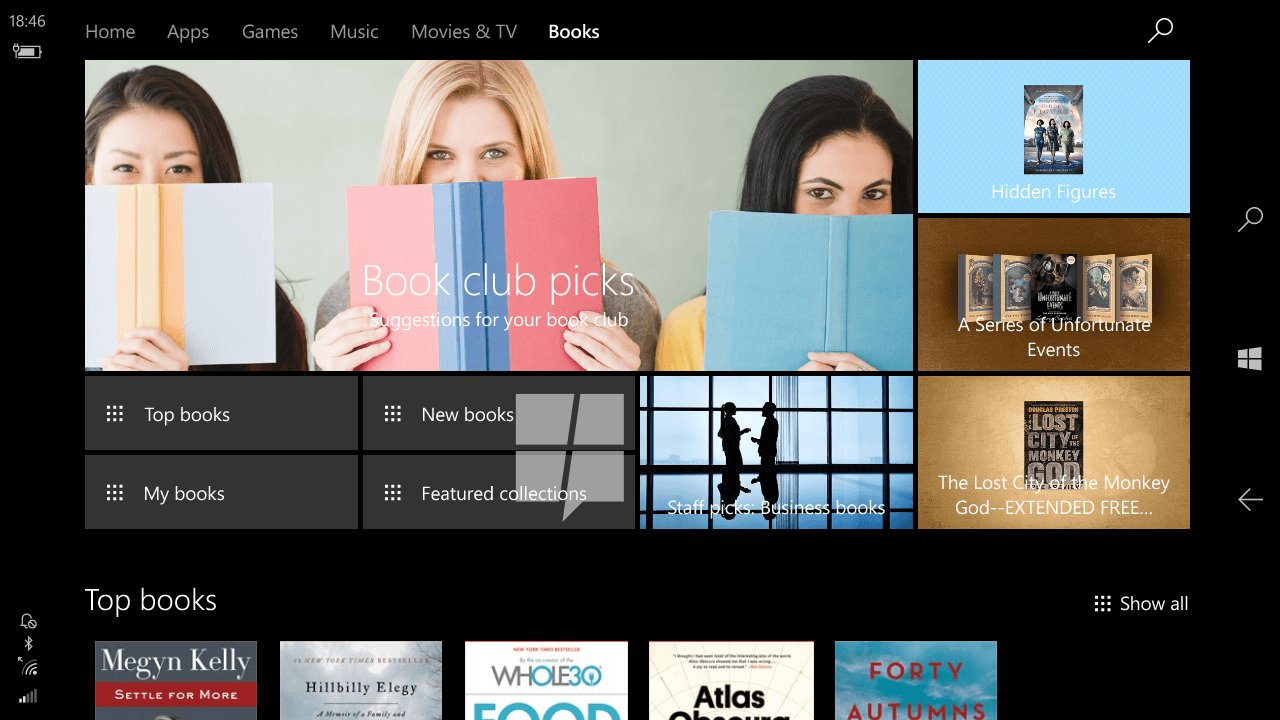 The preview release of the ePUB reader in Microsoft Edge was only the beginning according to a report from MSPU. Microsoft is taking e-reading just a step further with a new section for e-books on the Windows Store.

An internal build for Windows 10 Mobile leaked the feature, revealing that e-books will be the biggest addition to the Windows Store. Furthermore, the dedication section is expected to be seen on other Windows 10 devices such as PCs and tablets. It’s to be expected that readers will be able to take any purchased material on the go just like most apps.

The biggest hangup seems to be that reading e-books is contained solely to Microsoft Edge. Which brings to light the real reason that the tech giant had added the new ePUB reader to it in the first place.

It’s unfortunate that Android and iOS users might have to consider the lack of Microsoft Edge when considering an e-book purchase. However, the Windows 10 hand in tablets and 2-in-1 devices might make up for the lack of Windows Mobile incentive.

It looks like the new bookstore will be available to the public with the Windows 10 Creators Update expected around April.