First impressions of the Magic Leap One from a HoloLens developer - OnMSFT.com Skip to content
We're hedging our bets! You can now follow OnMSFT.com on Mastadon or Tumblr! 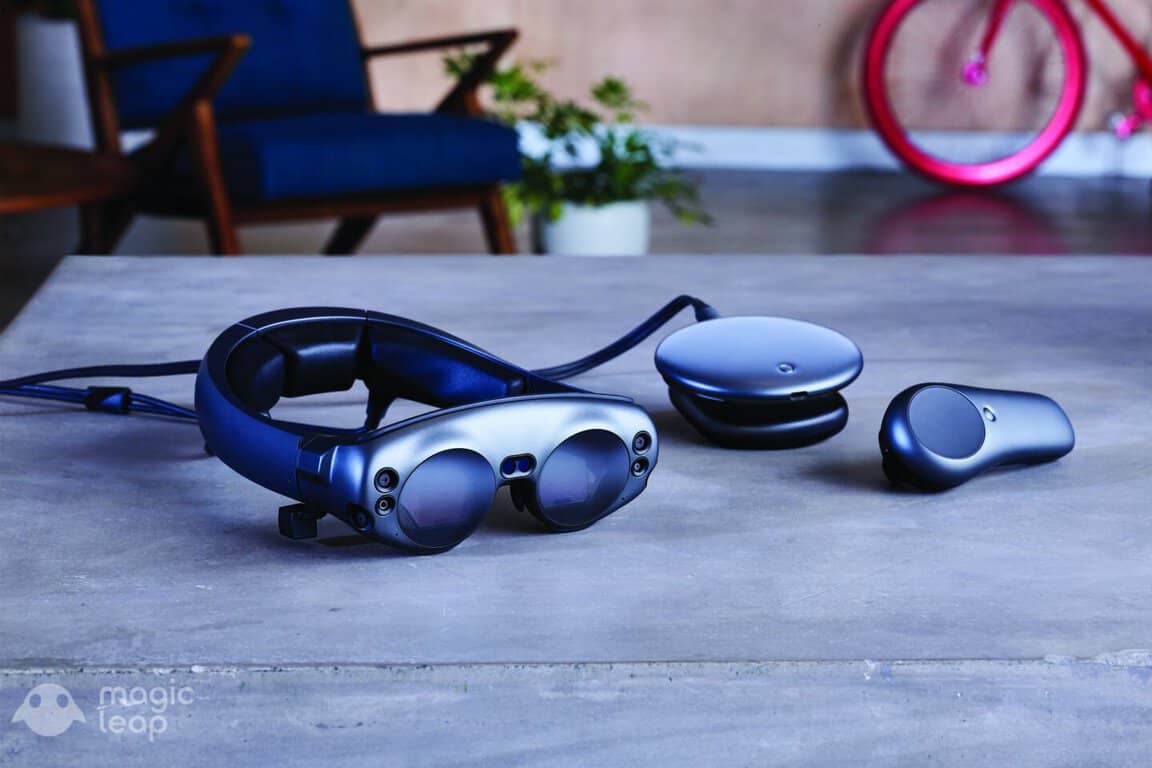 Magic Leap has finally decided to come from behind its magic curtain to actually deliver a device people outside of the company or its funding circle can test, evaluate and review.

As of now, the reviews of Magic Leap's first AR headset device are decidedly mixed, with some reviewers optimistic about the potential and direction the Magic Leap One is headed towards and other more critical of final product that's seemingly falls short of its own generated hype.

CEO of Wonder How To, Bryan Crow managed to get his hands on a ML1 headset and is now tossing his review of the device up on Next Reality. What makes Crow's assessment stand out from the crowd of new ML1 reviews is that he's writing to the specific audience of Magic Leap's most entrenched competitor, HoloLens developers.

Crow offers a very detailed review of the ML1 as he goes into depth about how Microsoft's two-year old HoloLens headset stacks up against Magic Leaps newest device across a myriad of items such as depth of field, eye tracking, set up, object positioning, gesture controls, and more.

Here are some highlights from the review:

Most reviews have focused on the field of view the ML1 has, which many have claimed to be as much as 30% larger than Microsoft's HoloLens, Crow wanted to measure rather or not the ML1 offered multiple depths of field which would help prevent clipping of augmented objects.

When the device first starts up, you're presented with floating islands with a space man jumping between them and hot air balloons off in the distance. I walked up close to one of the islands, closed one eye and focused on the tree with a balloon off in the distance behind it. The balloon did seem to go slightly blurry, and did not feel like it blended with the foreground that was clipping it. 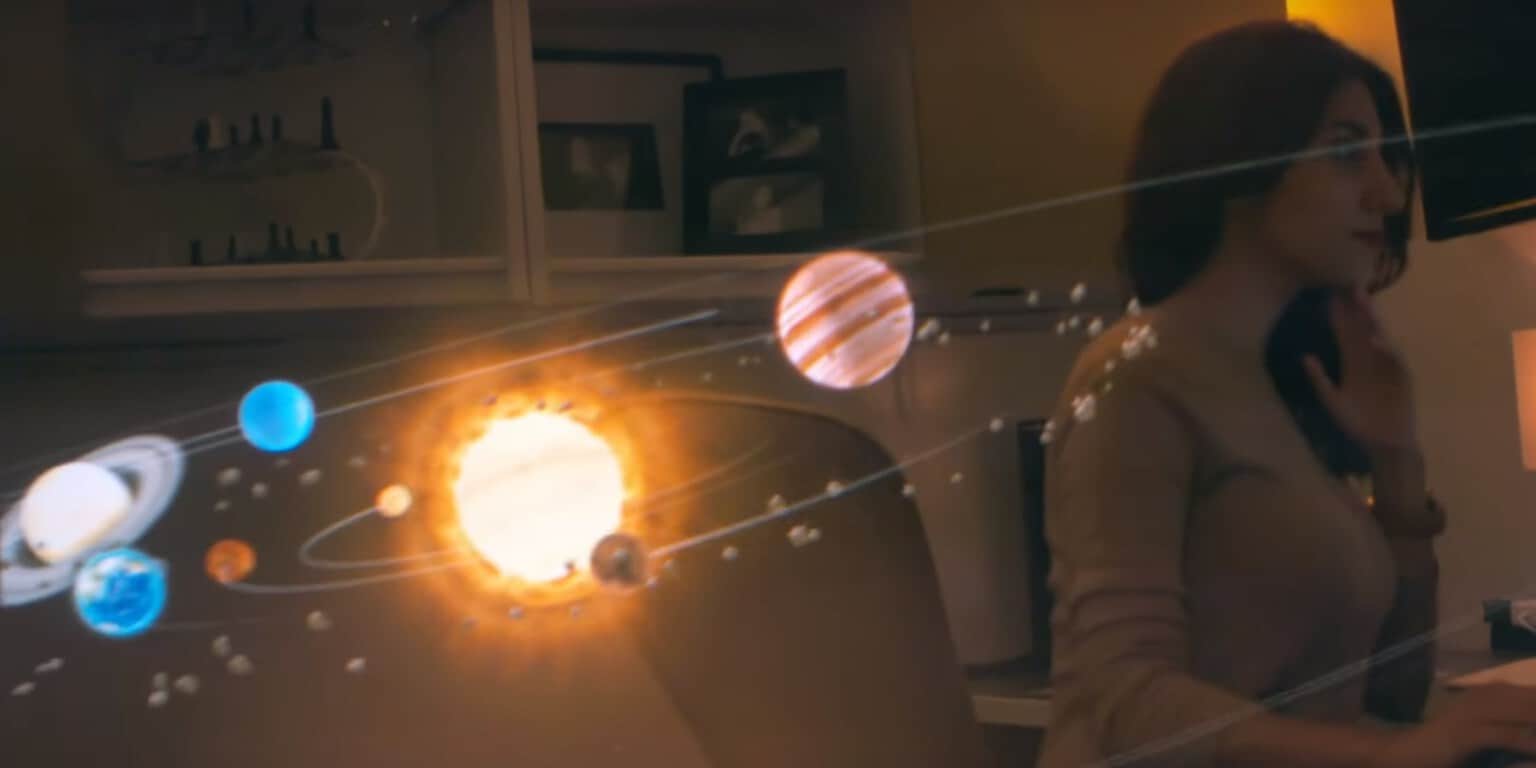 Crow does address the field of view elephant in the room by clearing state that ML1's FoV is better.

The FoV is clearly bigger than the HoloLens. It's not the full peripheral vision some have been hoping for, but it's a welcome step in the right direction that makes a noticeable difference. If you've been looking at the wildly inaccurate FoV comparison image with frames superimposed over a cat in a living room that's been making the rounds online since we broke the news of Magic Leap's FoV, you're going to find this beats your low expectations.

TL;DR: Either matches or is better than the HoloLens in every way. 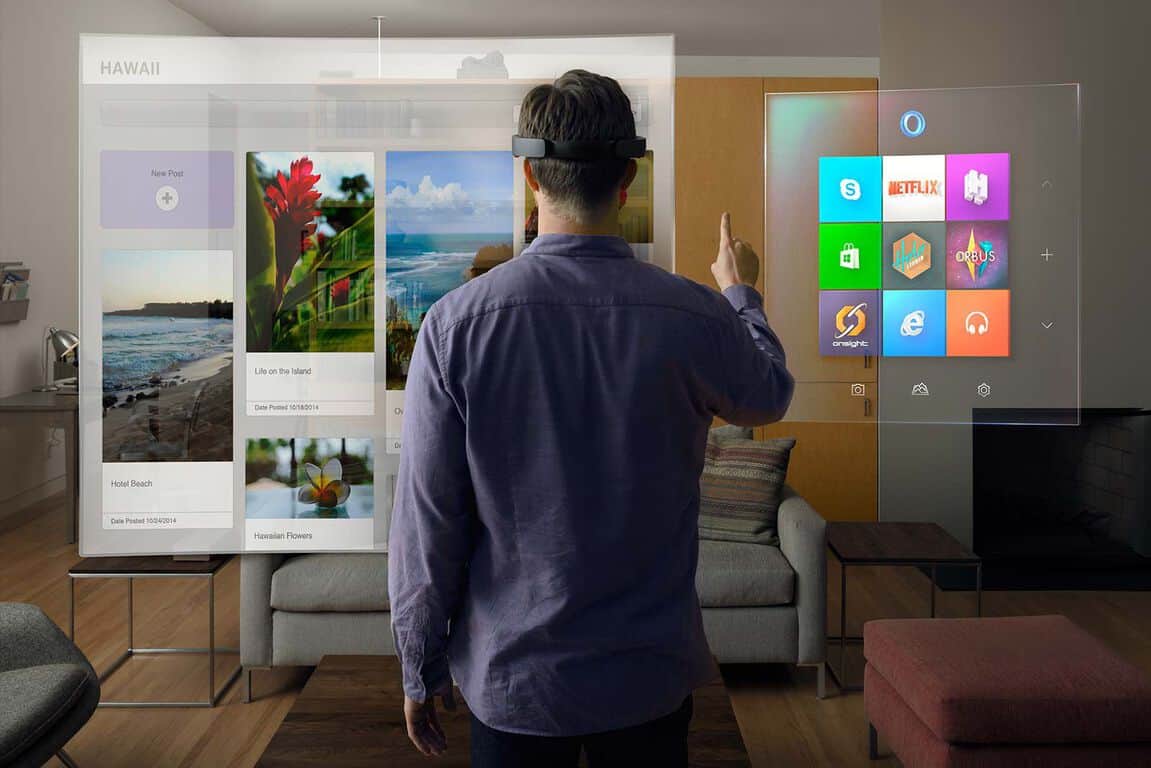 The approach to spatially stitching together that viewable areas are done in different fashion by HoloLens and ML1. Microsoft uses a more rudimentary process that's akin to triangular meshing where it, "builds what appears to be a single giant ridged wireframe off all of the points it scans." ML1 meshes using chunks of cubic regions and overlaps them to fill in gaps. According to Crow, the experience is not only better on the ML1 but is a noticeably faster processor.

The Magic Leap One's mesh is very accurate when it comes to anything flat or sharp. It hugs straight edges and corners in a grid of small squares, managing to do a very good job of detecting large flat surfaces, walls, and even corners. Sharp, protruding 90 degree corners occasionally get a 45-degree chamfered edge, but they still tend to reflect the geometry of sharp straight edges, and especially surfaces more accurately than the HoloLens does with its more jagged mix and match triangular mesh. In areas it can't mesh (black non-reflective surfaces, mirrors, windows, etc.) the ML1 does a good job filling in the backs of the holes with an approximate extension of the walls and floors it knows about. And oh yeah... it's super fast. Eyeballing it I'd say it's 3x to 5x faster than the HoloLens at filling in gaps in the mesh as you scan a room. 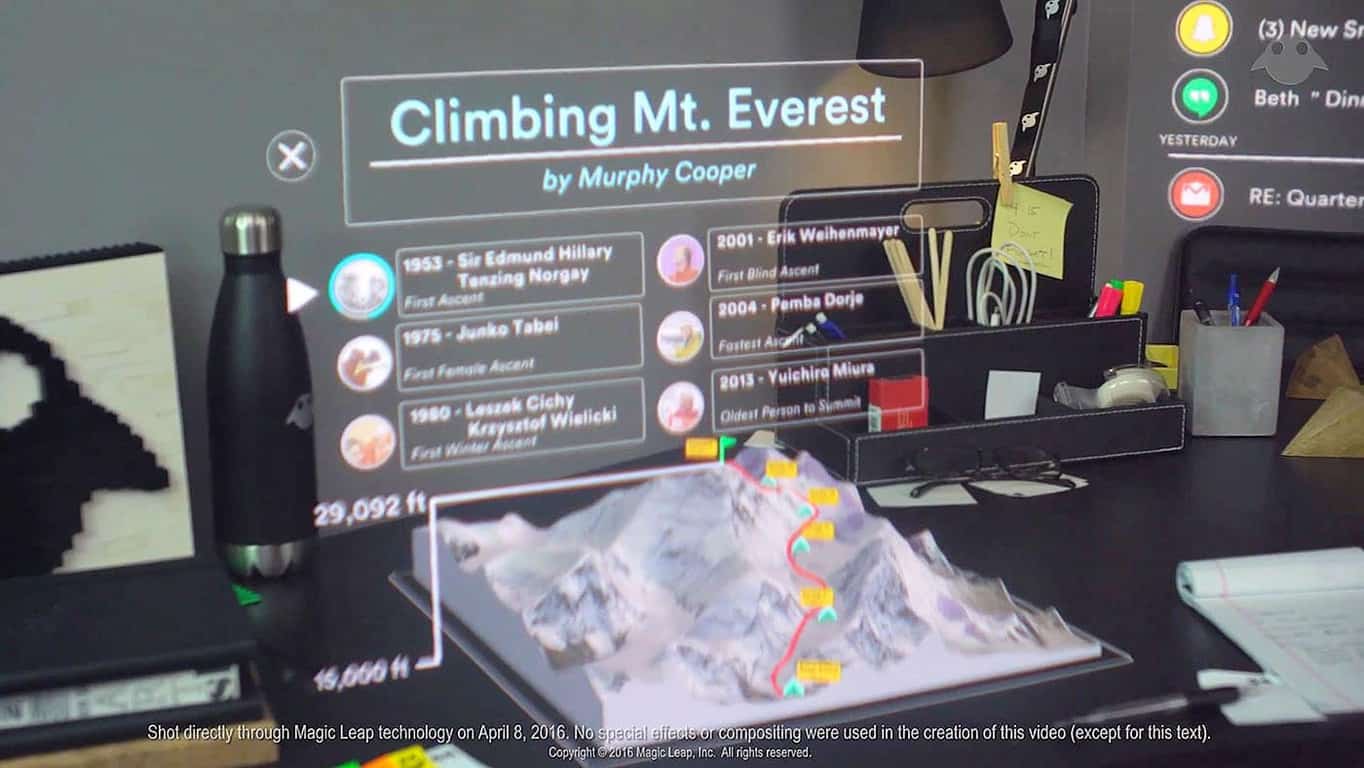 TL;DR: Better with flat surfaces and edges than the HoloLens, but worse with black non-reflective furniture, and less forgiving in direct sunlight or outdoors.

It seems HoloLens does a better job at this than ML1 according to Crow.

TL;DR: Passable. On par with ARKit and ARCore. But not as solid as HoloLens. I hope this can be improved in a software update.

When it comes to the controller or gesture controls, according to Crow HoloLens has the leg up on gesture controls as the ML1 does not seem to support any out of the box. Crow notes that Magic Leap's own documentation details extensive gesture support. As of right now, users are required to use the controller. Fortunately, the ML1 controller is easy to use and offers more precision than HoloLens' air-tap-and-drag option.

Crow offers up a relatively fair and balanced review of the ML1 with his limited exposure to the product. I would recommend all of those who are interested in how the HoloLens and ML1 stack up, visit his post on Next Reality.

Presumably, Crow will update his opinions when Microsoft releases its HoloLens v.2 in early 2019.