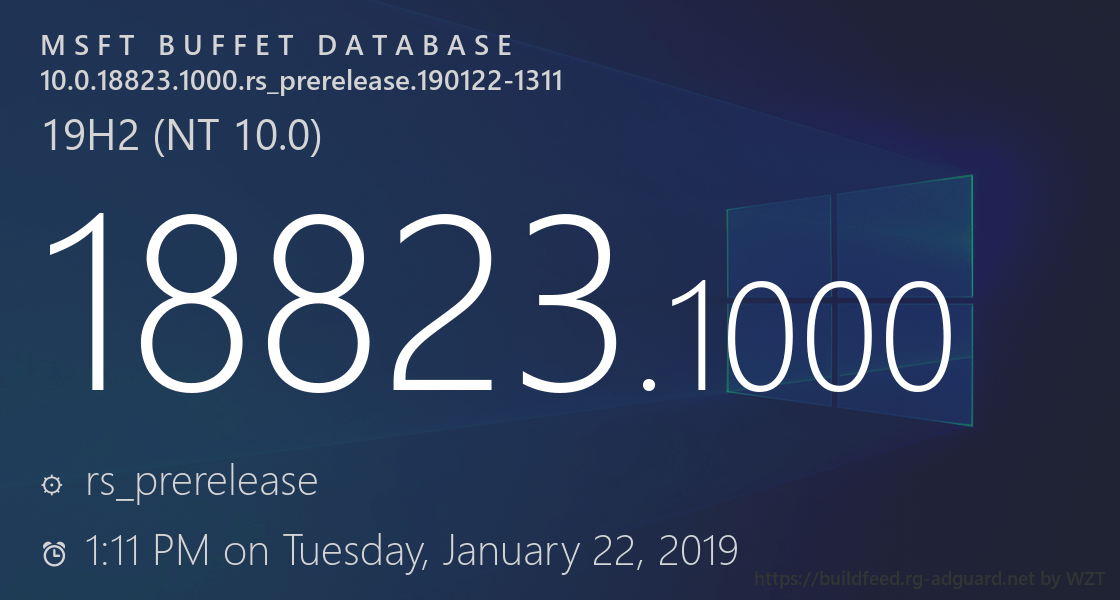 If you've been following along at home, there's been quite the saga surrounding leaked Windows 10 build numbers lately. Recently, the site BuildFeed.net went dark, after an enthusiastic Windows enthusiast offered up thousands of unreleased build numbers to the site, drawing perhaps a bit too much attention to what had been a labor of love for the creator, but had increasingly become not much more than a nuisance.

That same enthusiast then offered up his treasure trove of build numbers to others, and longtime Windows leaker "WZor" has taken up the mantle and is apparently a bit more selectively posting interesting build numbers (or at least tweeting about them). The latest exposes what looks to be the first build from the next major Windows 10 release, set for the fall of 2019, and code named "19H2:"

The new build numbers are now housed over at buildfeed.ad-guard.net, a database "created to continue the life of the project @BuildFeed," and containing a number of interesting builds, many of which were released just prior to the BuildFeed debacle. These include onecore builds,  some unreleased 19H1 builds, and even something called "rs_fun_pkg."

We're not sure how long Microsoft will allow these shenanigans to continue, or even why they've allowed it to go this far, but so far hurray for a new age of transparency, as long as it lasts. In the meantime, expect a new Windows 10 19H1 build any time now, and stay tuned to OnMSFT.com for all the latest Windows 10 news.