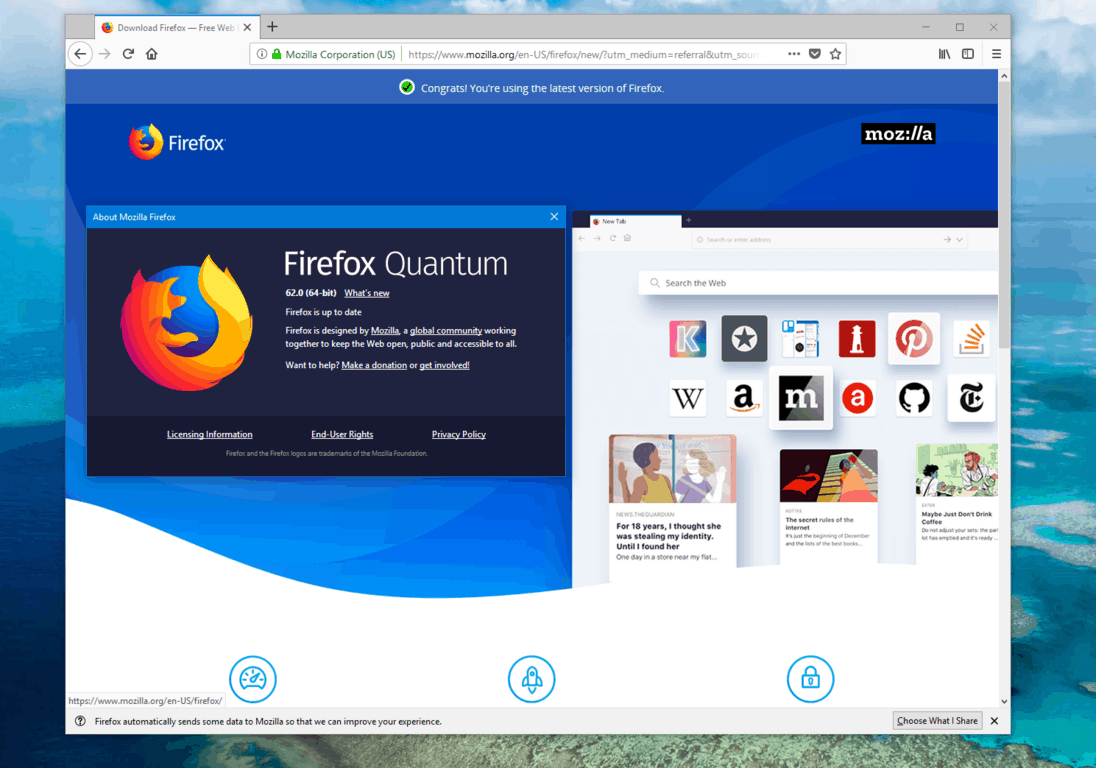 One day after Google took the wraps off Chrome 69, Mozilla has announced the launch of Firefox version 62. Building on the previous Quantum update, this version is fairly minor but introduces some UI changes, and support for variable fonts.

One of the first noticeable changes is Firefox Home, which now will show up to 4 rows of top sites, pocket stories, and highlights. That is a minor change from the current version, which displays one row of top sites. When it comes to performance, Windows users without accelerated hardware. should also expect to see improved graphics rendering.

As we mentioned before, Firefox 62 now also supports variable fonts, which allows web developers to make use of multiple fonts but with one font file. This not only makes web development easier, but it also speeds up web page load times. That is meant to tie in with the new support for CSS shapes, which allows for richer web page layouts.

On other platforms, Firefox for macOS is picking up support for Mojave's dark mode feature, switching to dark mode automatically and respecting your theme settings as it sees fit. And with iOS and Android, Firefox is picking up dark theme settings, easier management of tabs, and more. Feel free to check out the changelogs here for more information on what has changed. And be reminded you should be updated to the new version automatically or download by clicking here.