Rocket Riot is an action-packed, side-scrolling shooting game with quirky 8-bit visuals that was previously available for Windows Phone 7 and 8.X as well as for Windows 8, and is now back as a universal game for Windows 10 and Windows 10 Mobile.

In 2014, Rocket Riot was removed from the Windows Store as well as the Windows Phone Store as Microsoft Studios took a step back allowing the developers Codeglue to take charge.

Now, Rocket Riot is back on Steam and Windows 10, and is Xbox Live enabled. Based on the old Windows 8 version, the UWP game is available for both Windows 10 and Windows 10 Mobile.

Rocket Riot allows you to engage in over 200 single player missions featuring pixel art worlds with over 300 characters. The game supports both touch as well as mouse/keyboard controls along with the support for Xbox Controller.

Rocket Riot offers a splash of modern art with colorful 8-bit style visuals that are engaging and fun to play. Give it a whirl by downloading the game from the link below, and let us know how you like it. 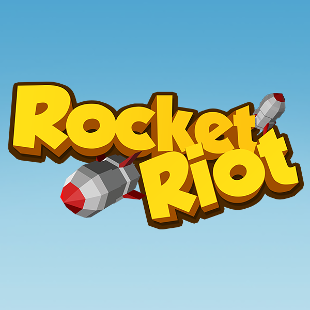