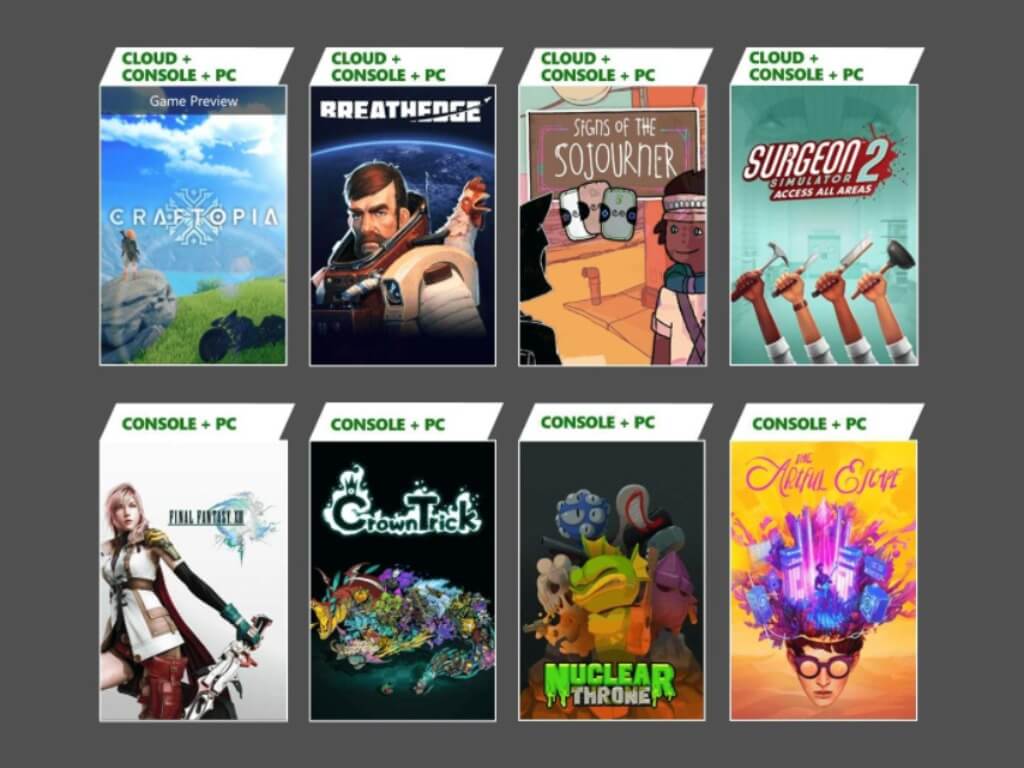 A new month has just kicked off, and the Xbox team is back today with new Xbox Game Pass games to discover in September. The headliner this month is the J-RPG Final Fantasy XIII, which is the first game in a trilogy that will likely come soon in its entirety on the Game Pass catalog.

Other highlights this month include the funny operation sim Surgeon Simulator 2 and The Artful Escape, a new platform game that will launch day one on Xbox Game Pass for Console and PC. You can see the full list of new Game Pass games coming in September below:

Unfortunately, some big games are also leaving the catalog this month: Red Dead Online will disappear on September 13, and Forza Motorsport 6, Hotshot Racing, Company of Heroes 2, Disgaea 4, The Dark Crystal: Age of Resistance Tactics, and Thronebreaker: The Witcher Tales will follow on September 15.