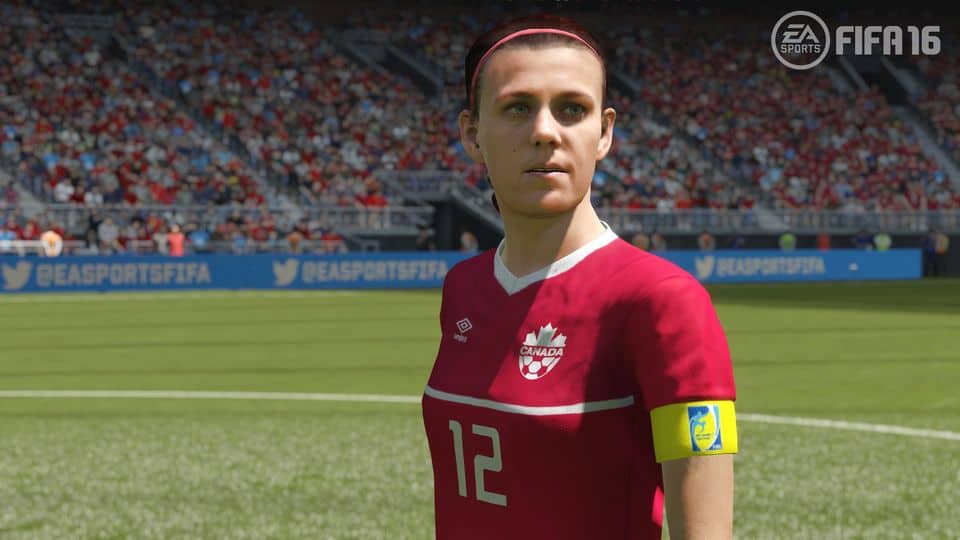 Exclusively on Xbox One, EA Access members can now play EA Sports FIFA 16 for up to ten hours. The game itself will be released to the general public on September 23rd.
The soccer game is not without controversy, as several women players have been removed from the game by EA Sports in compliance with a finding that being featured in the game may risk their NCAA eligibility. EA Sports made the following statement regarding the NCAA's findings:

We do not agree with this position. All rights were secured following standard protocol with national governing bodies and federations, and none of these NCAA student-athletes or potential student-athletes were to be individually compensated by EA Sports for their inclusion in the game.
We believe this decision denies these 13 athletes the opportunity to represent their countries in the game, but we have removed them from FIFA 16 to ensure there is no risk to their eligibility.

The following players have been removed from the game's roster:

Politics aside, fans of FIFA 16 and EA games in general would do well to become EA Access members, as members can sample EA games before they're released publically. Members are also entitled ten percent discounts on all digital purchases for EA products, such as FUT packs, pre-orders, expansion packs, the full games themselves, and more.
Find FIFA 16 here for Xbox One.