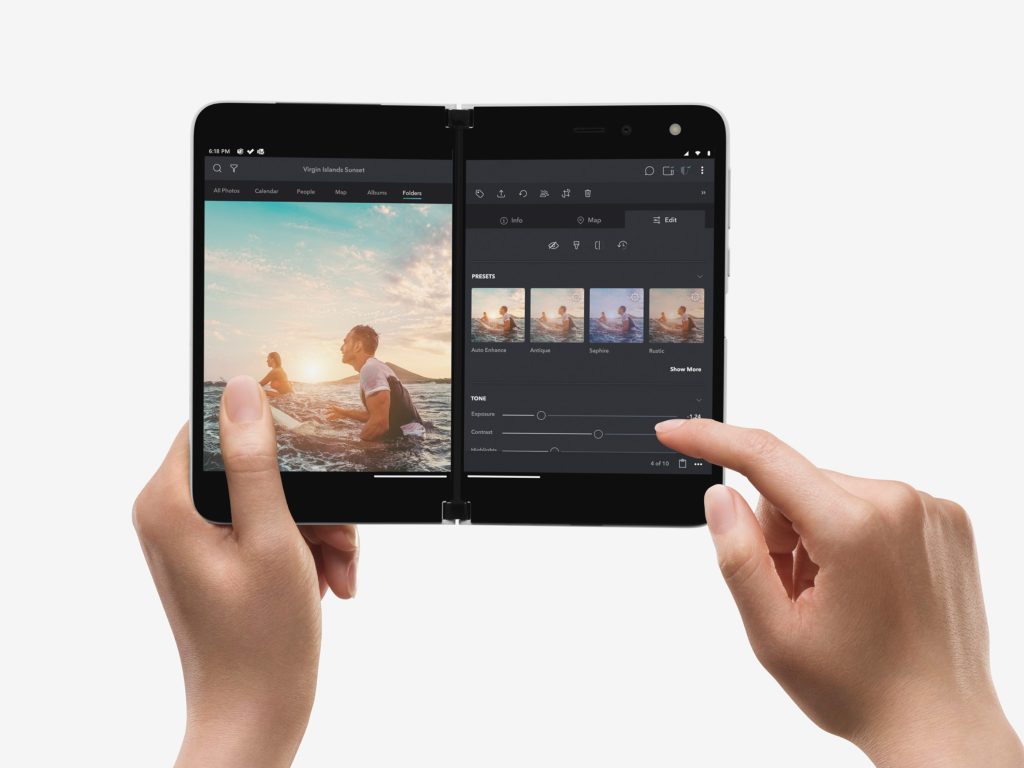 Microsoft’s announced this morning that its dual-screen Surface Duo will launch in the US in September 10, and the $1,399 device is now available for pre-order at the Microsoft Store, Best Buy, and AT&T. Fast Company looks to be one of the first websites to receive a review unit, and their Technology Editor Harry McCracken has published his first thoughts about the device today.

"While I spent more than a week with a prerelease Surface Duo as I worked on this story, my own take on it remains a work in progress. The basics of the hardware—the dual screens, the hinge, how the glass-encased device felt in my hands as I folded, unfolded, and rotated it for different usage scenarios—were generally a delight. The not-yet-final software, however, was awash in bugs—some of which got in the way of basic functionality such as the screens always auto-rotating into the proper orientation,” McCracken wrote.

The Surface Duo was announced almost a year ago, and it’s the company’s first Android device. According to the reporter, Microsoft was actually planning to start shipping the Surface Duo on August 28, but McCracken learned during his time with the device that Microsoft had decided to delay it, hence the new September 10 release date for the US market. "The official reason for the delay is to “better align with its carrier and retail partners.” But based on my experience, I hope it can use the extra time to ensure its code is polished up to production quality,” McCracken said.

The reporter also had some not so positive comments about the Duo’s single camera, which "worked fine for video calls but was pretty darn basic for snapshots, and clumsy to shoot with.” The Duo’s mono speaker was also criticized for its “tinny” sound compared to stereo speakers found other premium smartphones. However, McCracken praised other aspects of the Surface Duo, including the ability to use the two screens to run two apps side by side.

"Since each of the screens is roomy on its own, working in two apps offers an impressively desktop-like experience, not just for Microsoft’s own apps but other productivity tools as well. For instance, you can partake in a Zoom call on one screen while skimming through your Evernote jottings on the other,” McCracken explained. The reporter also praised the “App Pairs” feature that allows Duo users to configure two apps to launch simultaneously in just one tap. "Having tried it, I now crave it on my iPad,” he said. 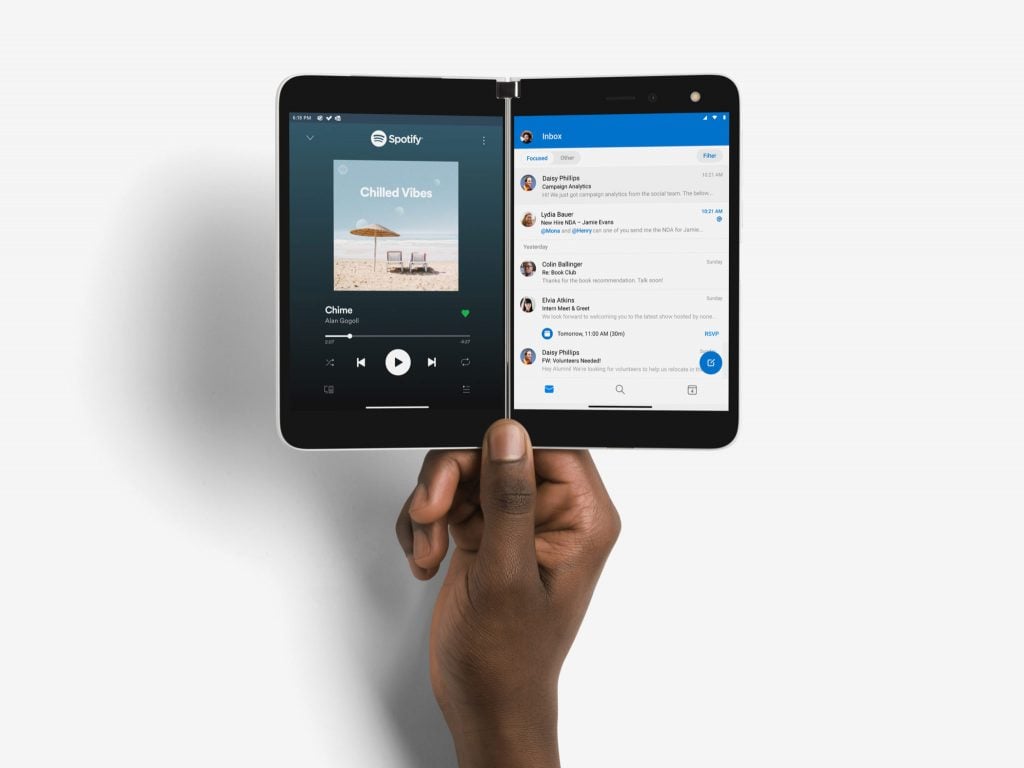 In the blog post announcing the upcoming release of Surface Duo, Microsoft's Chief Hardware Officer Panos Panay made it clear that the company is just getting started with Surface Duo, and the first generation device released in September won't be perfect. "As with any new category or form factor, people will find it fits into their lives and workflows in different ways. When we launched Surface Pro, not everyone believed a tablet could truly replace their laptop, until it did. It takes patience and conviction to do something different," Panay said.

It's true that it took several years for Surface to become a billion dollar business, and Microsoft managed to do that without focusing on the latest and greatest specs. It's clear that Surface Duo doesn't come with flagship specs, but maybe Microsoft, Samsung, and other companies are really on to something with foldable devices. At $1,399, the Surface Duo may not be really competitive next to flagship devices like the upcoming Samsung Galaxy Z Fold2, but maybe the work that Microsoft has been doing to optimize Android and its Microsoft Launcher for the Surface Duo will eventually pay off in a couple of years.

Excel gains support for data import from PDF tables; here's how to use it