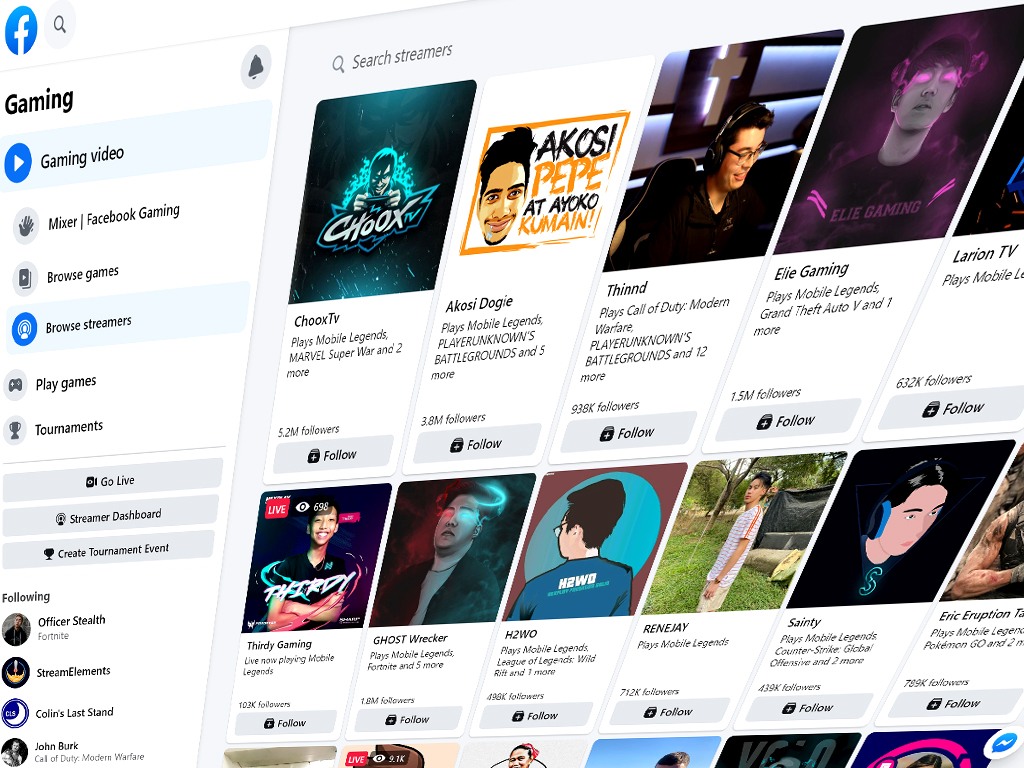 With the recent announcement that Microsoft’s Mixer video game streaming service would be closing next month and a strong push for streamers to jump over to Facebook Gaming, many Xbox One owners naturally began to wonder if a Facebook Gaming tab would replace the Mixer one on the console’s dashboard.

The company’s Larry Hryb (aka Major Nelson) responded to this concern on Reddit by saying, “If you are asking if the current Mixer integration in the dashboard is just going to become Facebook gaming. The answer is no.”

While this does confirm that the Mixer tab won’t simply be swapped out for a near-identical Facebook Gaming one, this doesn’t necessarily mean that Facebook Gaming won’t have a presence going forward. In fact, Phil Spencer recently hinted that support for more streaming platforms could be coming to the Xbox One and presumably the Xbox Series X.

Hryb elaborated on Spencer’s statement in another Reddit comment which teases some of the changes that are in store for streaming on Xbox consoles. “Built-in broadcasting from Xbox One will be temporarily disabled in the transition after July 22 so we can build it into a more social experience for Xbox players,” he wrote. “In the meantime, players can stream their gameplay from Xbox One using the Twitch app or by connecting to a PC and streaming via software such as OBS or XSplit.”

No ETA was given for the new “social experience” but it’s probably safe to assume that it’ll be ready in time for the launch of the Xbox Series X console, which will use the same or at least a similar dashboard as Xbox One, later this year.