Fable team "got burnt quite badly" by relying on Windows Store instead of Steam, says former Lionhead dev - OnMSFT.com Skip to content
We're hedging our bets! You can now follow OnMSFT.com on Mastadon or Tumblr! 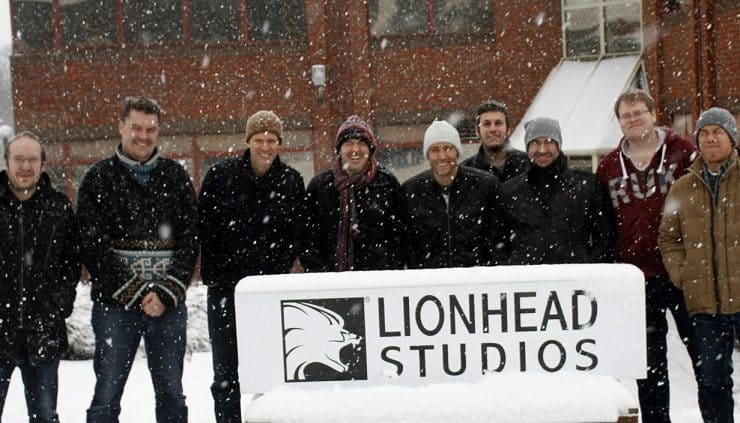 Following the closure of Lionhead Studios earlier this year, former employees have started to speak out and a previous report from Eurogamer revealed how the erratic development of Fable Legends led the British gaming studio to its demise. However, it seems that all the drama around Lionhead Studios could start to hit back on Microsoft as a new report from Kotaku today explains that AAA games on the Windows 10 Store could actually not be doing so well (via Gadgets 360)

Kotaku interviewed several developers who used to be involved in the development of Fable Legends, a game that had been touted by Microsoft as one of the first cross-play games between the Xbox One and Windows 10 PCs. Furthermore, the game would also have been one of the first AAA games to launch exclusively on the Windows Store, and as previously reported by Eurogamer Microsoft wanted Lionhead Studios to think of it as a "game as a service", which means free-to-play with in app purchases. However, one former Lionhead studio developer told Kotaku that the team wasn't exactly aligned with Microsoft's ambitions:

When we started the project we weren't aware of Windows 10. We were going to ship on Xbox One initially and then we wanted to come out on PC at a later point, most likely though Steam. But we got burnt quite badly.

While Microsoft thinks its Windows Store and UWP apps are a great opportunity for game developers to reach more consumers (though co-founder of Epic Games Tim Sweeney publicly shared his disagreement and called the Store a "walled garden"), the company has yet to disclose hard data about its unified app store. Back in April, the Redmond giant revealed that there have been five billion visits to the Windows Store, but we still don't know if many Windows 10 users are actually spending money on Windows 10 apps, including the few AAA games such as Quantum Break, Rise of the Tomb Raider and Gears of War 4. But according to what another former Lionhead Studios employee told Kotaku, the Windows Store usage is actually so low that it really didn't make sense to release Fable Legends exclusively on the Windows Store:

But according to what another former Lionhead Studios employee told Kotaku, the Windows Store usage is actually so low that it really didn't make sense to release Fable Legends exclusively on the Windows Store:

The Windows Store is a giant disaster. It's on fire. 98 percent of PC copies of Rise of the Tomb Raider, a flagship Windows 10 game, were bought on Steam. The same is true for Minecraft. That hurt us, too. The store's a mess; the number of people who couldn't even install the game from the Microsoft store was... significant.

Another former employee who worked closely with Microsoft shared an even gloomier statement:

Sadly, we'll never know if Fable Legends could have been successful cash cow on both the Xbox One and Windows 10 PCs. Still, you should take what former Lionhead Studios employee saids about the state of the Windows 10 Store with the usual grain of salt. Even if all of this is true, it's still early days and we admit that the Windows Store experience can be pretty rough around the edges.

However, it definitely make sense for developers to go where customers are, and we have no doubt that Microsoft will reach its goal of one billion Windows 10 users. Actually, do you know that you can even find a decent list of AAA games on the Apple's Mac App Store, even if it's obviously much less successful than its mobile counterpart?

Anyway, this last report comes at quite a bad moment for Microsoft as the company is still riding on the wave of excitement around new Xbox One hardware and the merging of the Xbox and Windows gaming communities. Have you already bought AAA games from the Windows Store, and do you think the Xbox app and the Windows Store are going to be relevant for gamers going forward? Let us know what you think in the comments below.

Kinect and VR make for a potent productivity cocktail

OneNote and Minecraft combine to help students express their creativity